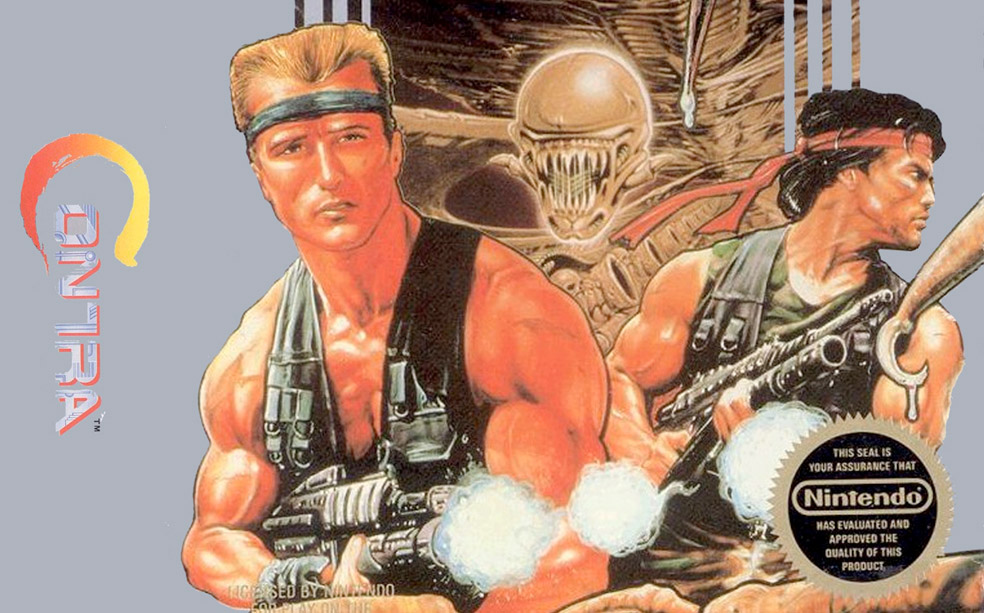 At last, the timeless conflict between beefcake and alien is headed to screens. Konami has just announced that they’re developing both a feature film and television series adaptation of Contra, the company’s video game franchise that featured two commandos running and jumping their way through extraterrestrial-led guerrilla warfare. The 1987 original was famously difficult, making it the primary reason an entire generation grew up knowing “the Konami code” that gave players 99 lives instead of a scant handful. Almost as famously, the game’s box art made it seem like it was already a feature film, cribbing liberally from the looks of Schwarzenegger, Stallone, and Alien. In other words, this thing is never going to get finished without being cheap and ripping other things off. Unsurprisingly, it’s said Konami is teaming with a Chinese company to get Contra made.