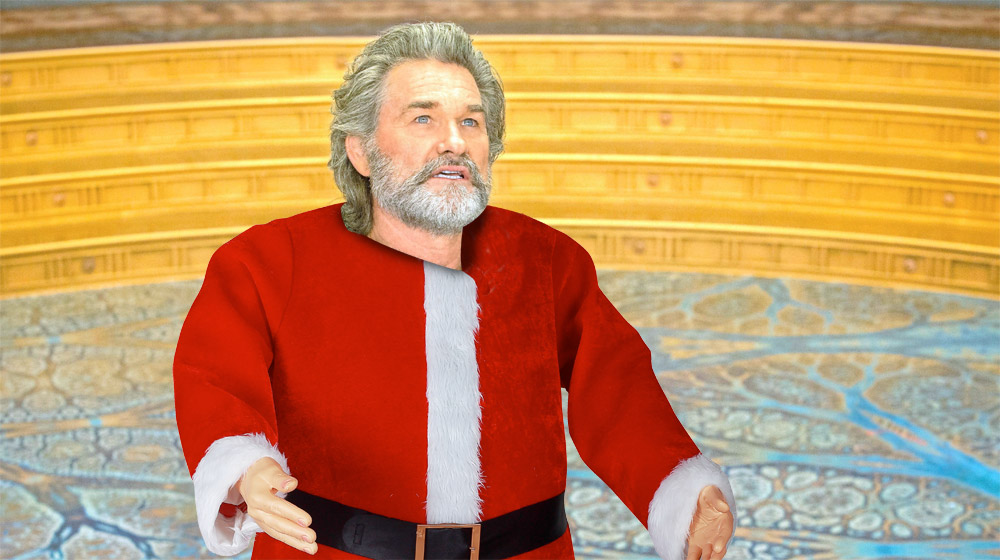 The father of Star-Lord will now also be the father of Christmas. According to The Hollywood Reporter, Kurt Russell has signed on to play Santa Claus in a yet-untitled holiday movie Netflix is prepping for next year. Home Alone director Chris Columbus is producing the film, and The Angry Birds Movie‘s Clay Kaytis is directing from a script by Matt Lieberman. The story, from an idea by Designated Survivor creator David Guggenheim, centers on a brother and sister (Judah Lewis, Darby Camp) who try catch Santa on camera, in the process causing him to crash land in Chicago. Not the Escape from trilogy closer anyone was expecting, but we’ll see how it turns out.