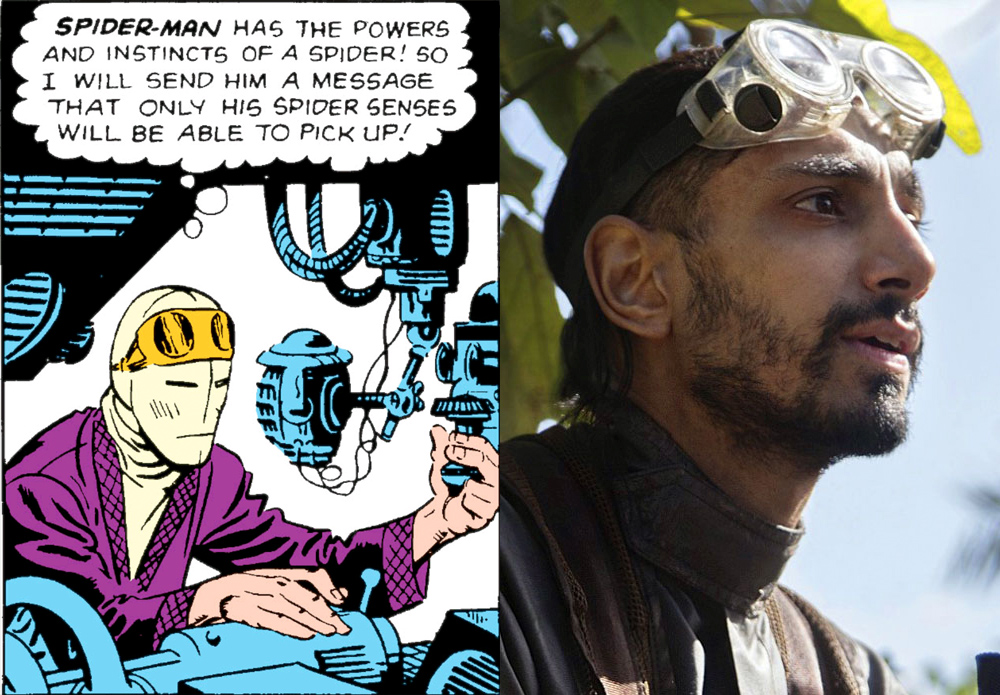 Almost a week ago, it was reported that Rogue One and The Night Of star Riz Ahmed was in talks to join Venom. As an extremely lame joke, we at TV-VCR suggested that Ahmed could be playing the Spider-Man villain Chameleon—this idea being based wholly on how both Ahmed and Chameleon had, at some point, worn goggles on their forehead. We were not particularly funny with that dumb reference, and we are sorry, but as it turns out, we may have been right: entertainment reporter Jeff Sneider is now loosely insinuating that Ahmed could, in fact, be the Chameleon, saying:

Since I slipped the word "chameleon" into my Riz Ahmed/Venom story, I've heard the character could very well show up… in SILVER AND BLACK!

We’ll have to wait and see whether Ahmed is confirmed in the role, or whether we were indeed dumb idiots to make such a non-chuckle of a comment in the first place.