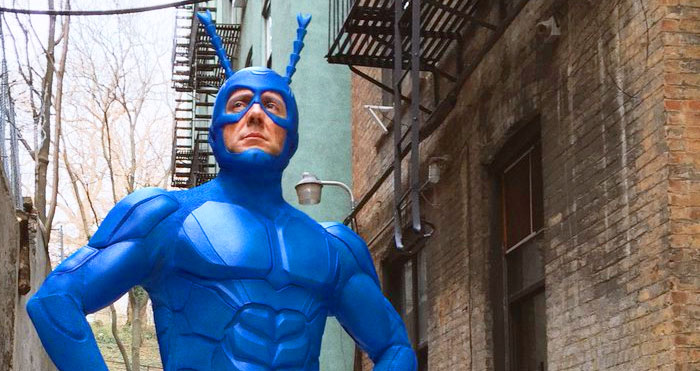 As seen in the Tick pilot Amazon released last August, Peter Serafinowicz’s costume as the titular hero was, for lack of a better description, a store-bought version of H.R. Giger’s Tick. It had a gross texture, looked like it immediately reeked of sweat, and you could see every seam, headpiece to codpiece. Here’s a reminder: 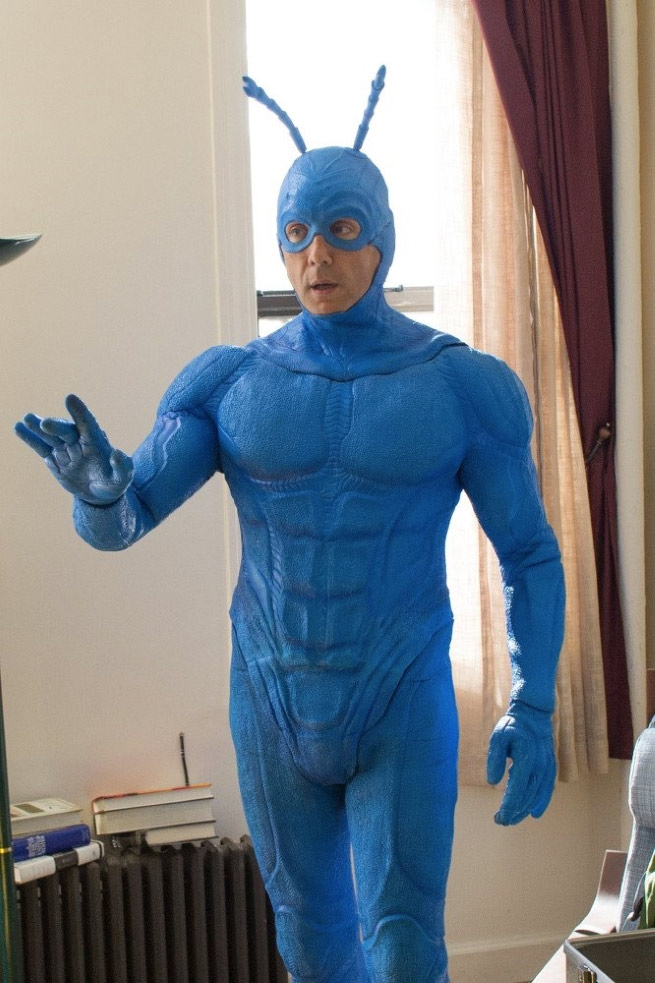 But pilots are meant to be test vehicles, and a lot can change from pilot to production. So, with Amazon officially ordering a full season of The Tick, the production has tweeted a photo revealing they new suit they’ve crammed Serafinowicz into. 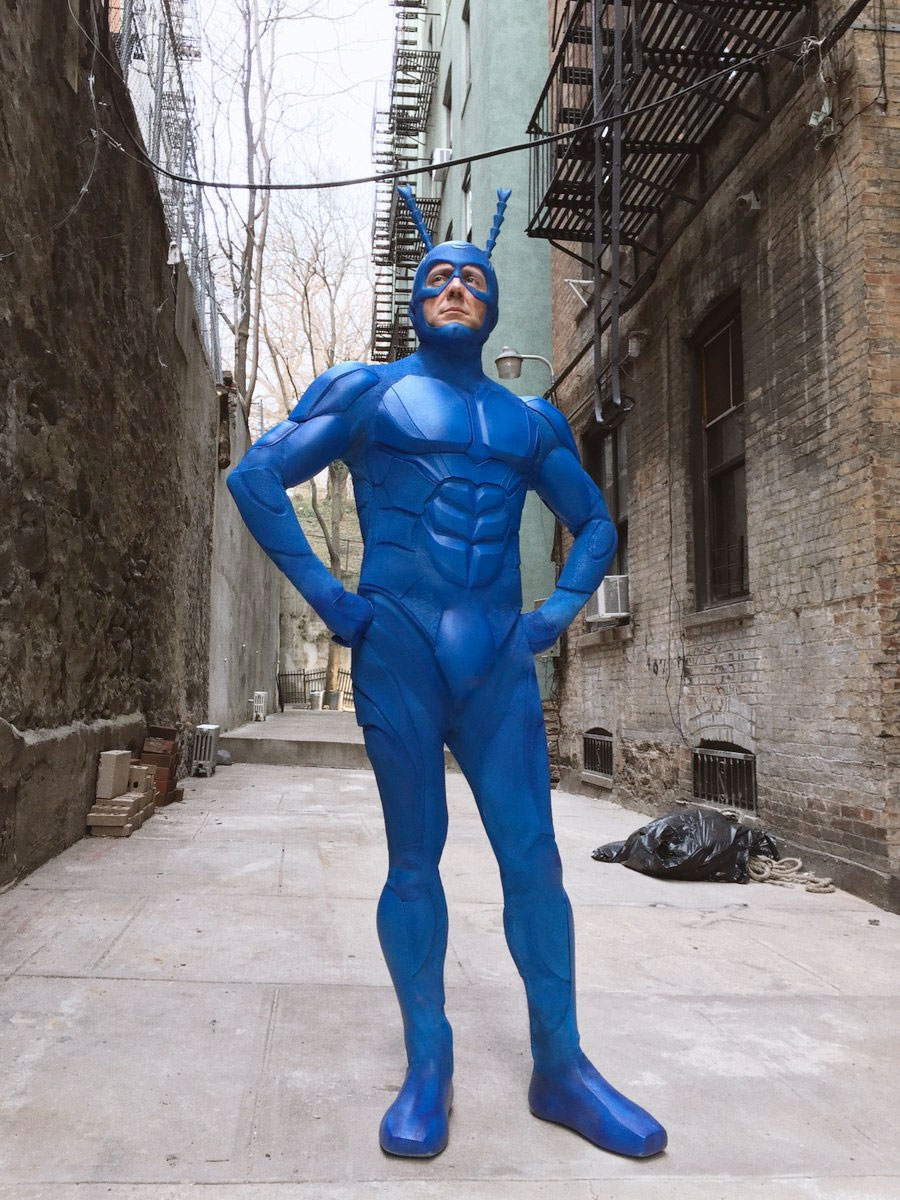 As you can see, now it’s been updated with a sleeker texture that looks less obviously sticky to the touch. While Patrick Warburton’s original live-action Tick had organic human muscle, and Serafinowicz’s original costume had organic bug-like muscle, this goes for slightly more of that armored musculature we’ve seen stretched over so many a Batman. And they still aren’t really doing much to hide that ol’ codpiece seam, huh? What we’ve gained in comic book-authentic mask design we’ve lost in being able to again pretend Tick doesn’t now and again open up his crotch flap to pee.