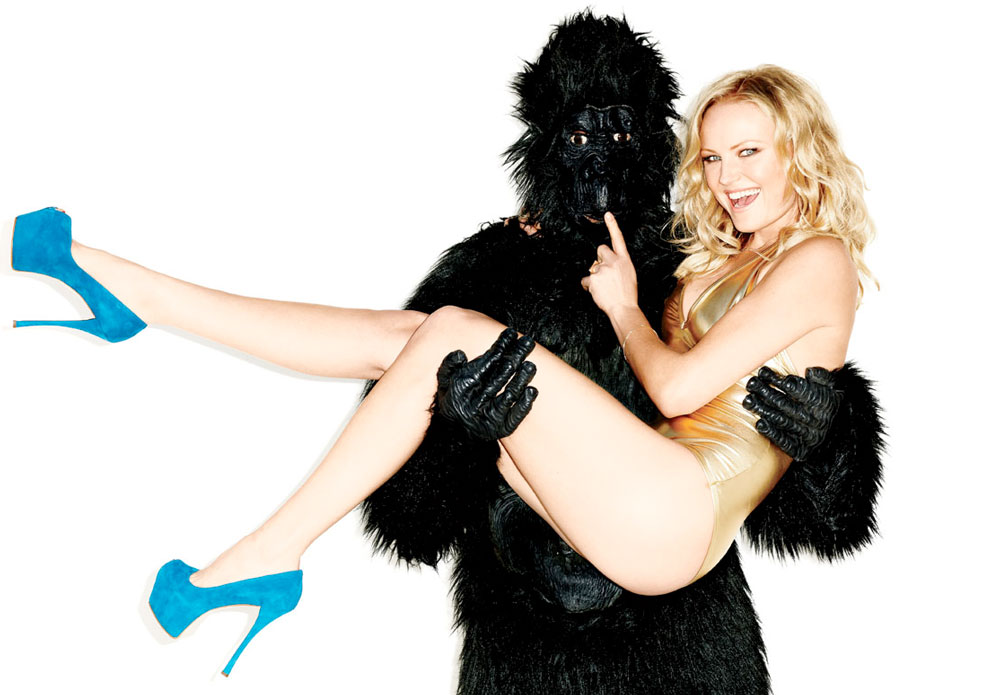 Hey, check out this sexy swimsuit shot of Malin Åkerman! It’s fine, because it’s finally found actual relevance thanks to the news that the actress will play the villain in New Line’s adaptation of arcade classic Rampage.

The role is one created for the film, in that the original video game didn’t even really have a villain. The player assumed one of three humans-turned-giant-monsters—a King Kong, a Godzilla, and a huge Wolfman, essentially—and just pounded away at cities. More than the little army guys shooting and the buildings you’d wreck, the central foe was Mom cheaping out on the endless stream of quarters it took to complete the repetitive game. Åkerman’s new part is reportedly that of “a calculating head of a tech company that is behind the monsters.”

Additionally, it’s said that Dwayne Johnson, the first actor attached to the film, will not play a man-monster but “the animal-loving hero” in opposition to the film’s villain. So, man, I hope Åkerman just gets crushed by the giant ape or something, or that final battle with The Rock is going to be absolutely brutal.