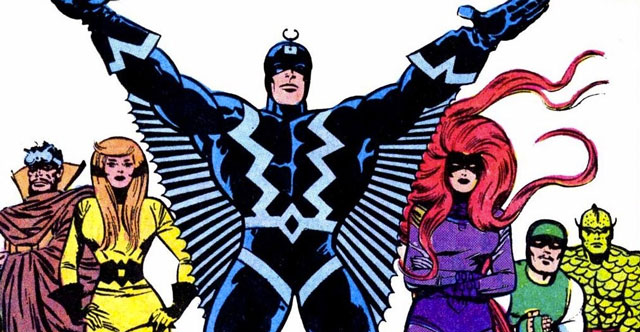 The Marvel superhero group The Inhumans is headed to screens—and just in time for them to join the rest of the wretchedly inhuman shit going on these days!

Marvel Television and the Disney|ABC Television Group today announced that The Inhumans, once announced by Marvel Studios as a feature film property, will now instead be developed as an ABC series. It seems even “a race of superhumans with diverse and singularly unique powers” are powerless to stop Hollywood from crushing their big-screen dreams into the dirt of network television. So it’s okay, Matt LeBlanc.

That’s not to say The Inhumans will miss its shot at cinemas altogether, though. As part of the announced plan, now the first two episodes of the series will be shot entirely on IMAX cameras, and they’ll debut together in IMAX theaters prior to the small-screen premiere. It’s said the IMAX event will last for two weeks in early September of next year. The series will arrive later in the fall, then “with additional exclusive content,” which will consist entirely of Marvel executives rolling in a pile of money while cackling about how they got people to pay $12 to watch a TV pilot.