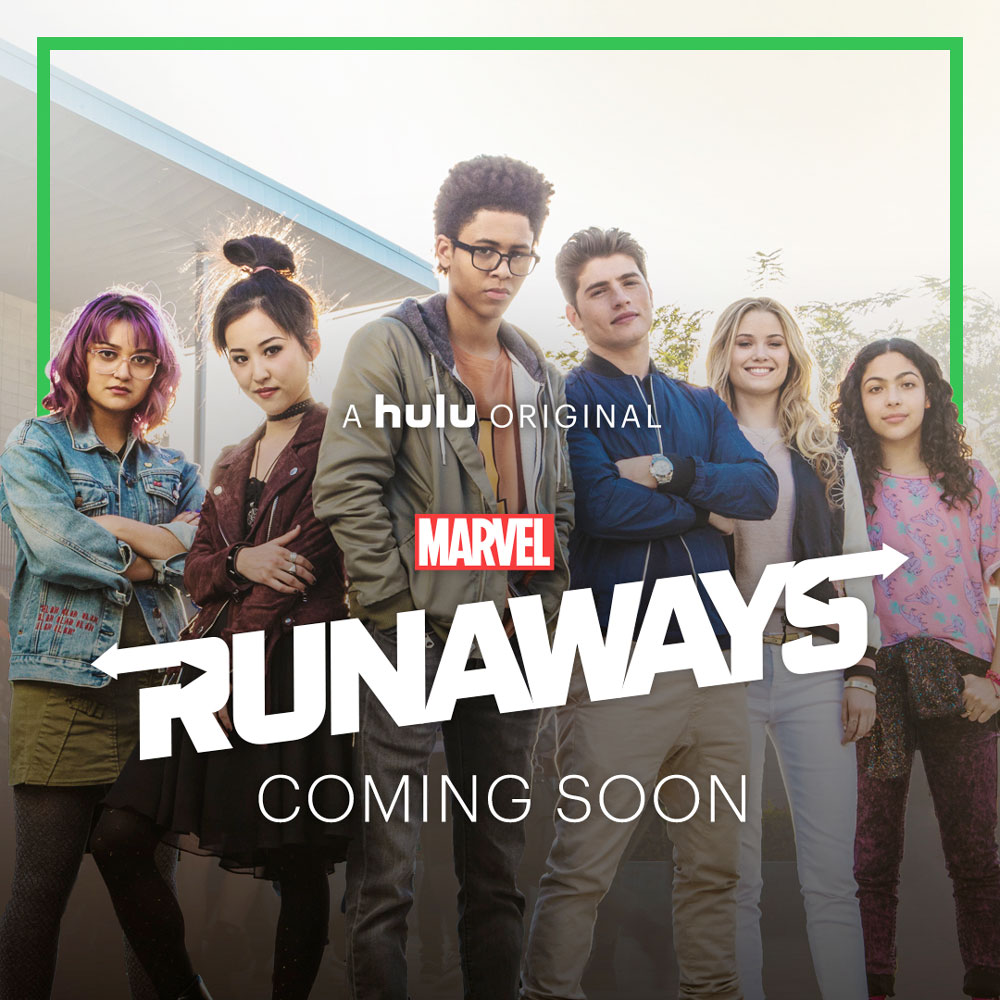 Marvel has just released the first cast shots from their two latest efforts to suffocate us with superheroes. 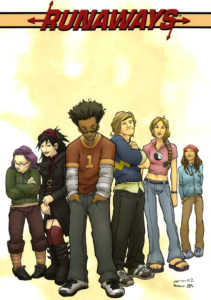 First, above, take a look at a cast shot from Hulu’s Runaways. The series is based on the Marvel comic that’s not far off from the recent Power Rangers reinvention. It sees a group of super-powered teens forced to overcome their differences and team up to face off against an evil crime syndicate run by their own parents. Fans will be pleased to note that, as compared to the Runaways comic (seen right), it looks quite faithful.

Then we’ve got this first look at Marvel’s Inhumans… 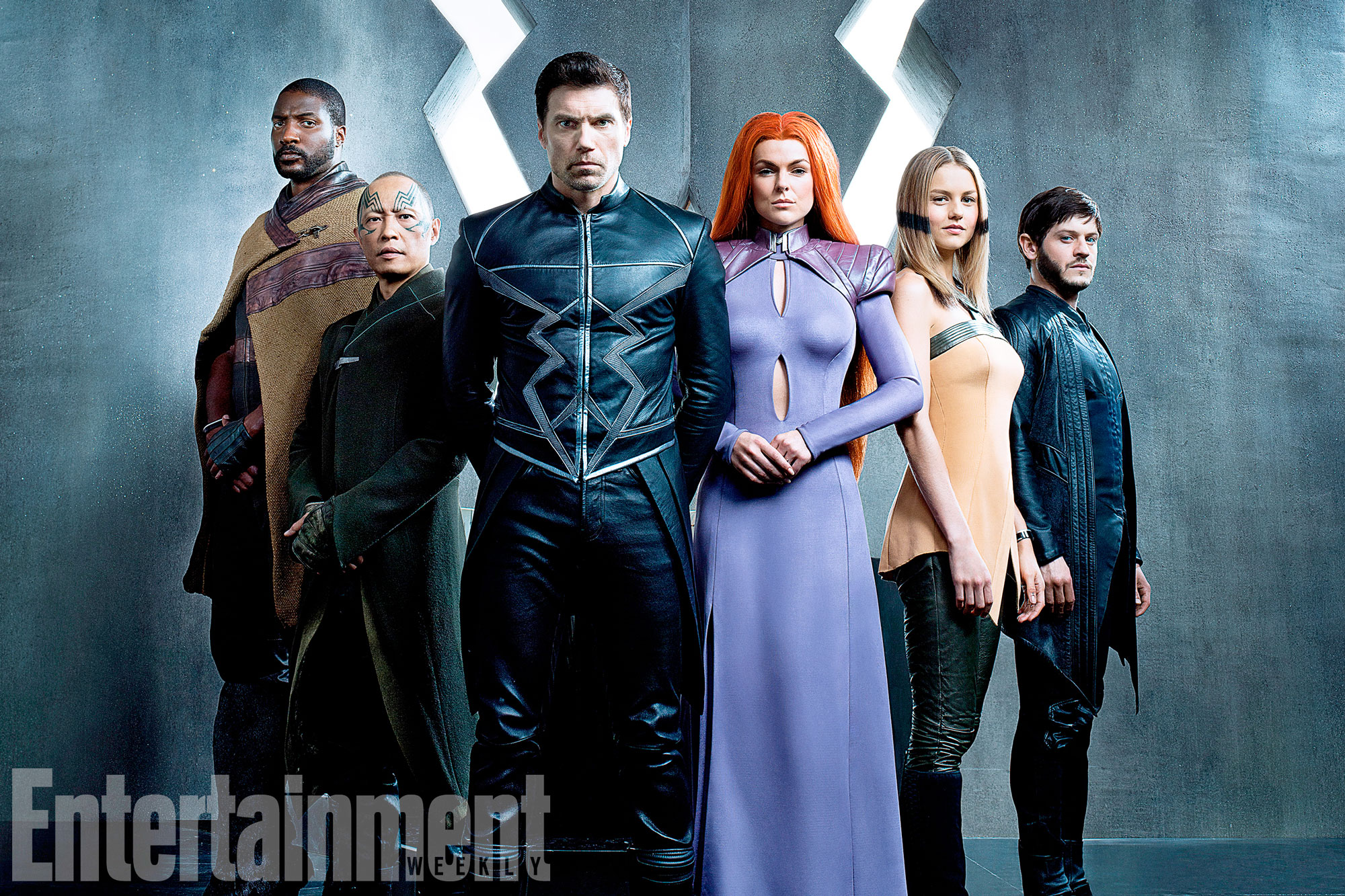 Inhumans is headed to ABC, where it will follow Agents of S.H.I.E.L.D. in being something to quickly stop caring enough to follow. The series focuses on a superhero “royal family” whose members possess varied, genetically-enhanced powers. As seen above, it already looks pretty bad—even for broadcast television standards. The faux-metal background and hopelessly dated costumes make this look like TV’s Sunday afternoon, syndicated answer to 2000’s X-Men. And if all the black leather, polyester dresses, and wool wraps weren’t bad enough on their own, the fact that Inhumans is set and shot in the heat of Hawaii means the outfits are also unusually cruel. Hopefully they have AC at the Inhuman Palace or whatever.