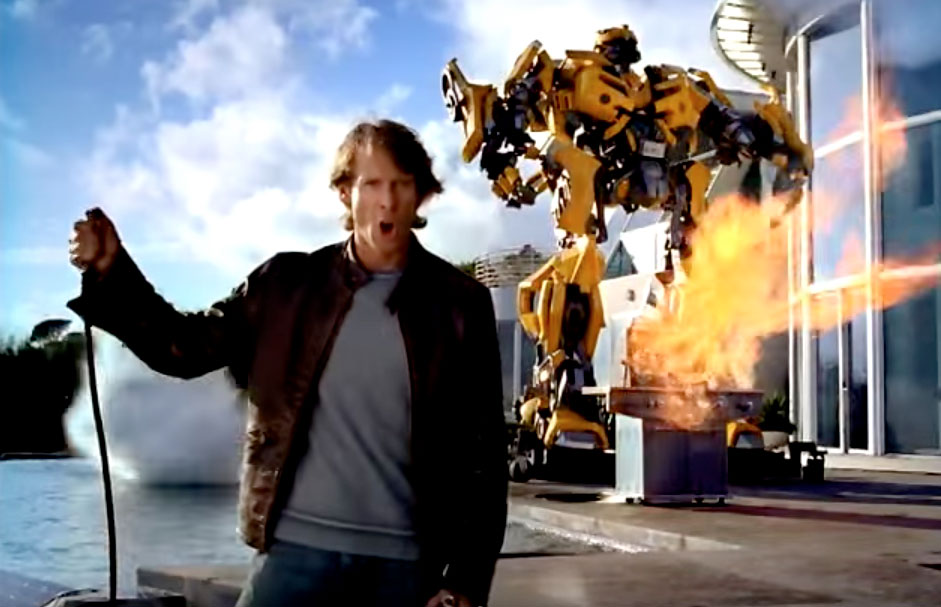 It’s been 19 months since Paramount wrapped its Transformers writers room experiment—the studio’s Manhattan Project for stories based on dated toys. Its Oppenheimer was Akiva Goldsman, father of the absolute worst Batman scripts. He led a team of a dozen other prominent and rising writers in a two-week session of brainstorming and walked away with blueprints for a fifth live-action Transformers, a Bumblebee spin-off, and an animated film—enough mindlessly explosive power to leave theaters across the U.S. and China devoid of all human thought.

But now, as Russia is upping their own armaments of CGI-filled explosions, Transformer-in-chief Michael Bay has an ominous message for any who might threaten our freedom to turn robots into cars: We don’t just have three of these things ready to launch. We have fourteen.

Bay, the Truman who must ultimately bear the moral burden of dropping this series into cinemas, delivered his baleful warning in a pre-recorded statement before a preview of his latest project, Transformers: The Last Knight. Clad authoritatively in what’s being described as “a Boba Fett t-shirt,” Bay reportedly divulged that his team has amassed a full fourteen stories that they could develop at any time. Just try them. But expect a rain of ruin from Mark Wahlberg, the like of which has never been seen since Transformers: Age of Extinction.

Or, to paraphrase a famous quote, “Now I am become Death, the destroyer of worlds. But, hey, now I am a 2018 Chevrolet Camaro! Cool!”