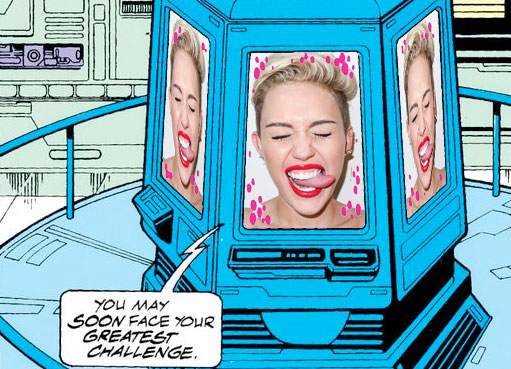 Good news for that narrow audience of surely-old-and-creepy fans of both Miley Cyrus and obscure comic book characters. Disney has confirmed with People that Cyrus has an uncredited part in Guardians of the Galaxy, Vol. 2, and director James Gunn and Marvel Studios head Kevin Feige just revealed who she’ll be playing. According to blogger Sarah Ruhlman, Cyrus has provided the voice for Mainframe. The character is an alternate version of Vision—the Hannah Montana to Vision’s Miley—powerfully evolved to become the operating system for an entire planet.

Such a shame that Fox still holds the rights to Achy-Breaky Galactus.