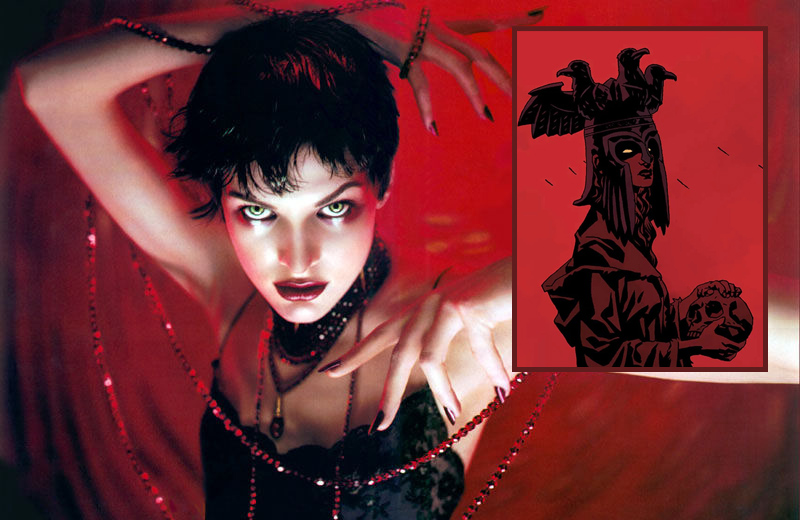 Milla Jovovich will be our Blood Queen, a role that is apparently not that of an empowered lady finding a proud beauty in menstruation. According to Deadline, the model-turned-genre-star is in final talks to play the titular villain of Hellboy: Rise of the Blood Queen. Stranger Things‘ David Harbour is already attached to play Hellboy in Neil Marshall’s reboot, and Ian McShane is filling the late John Hurt’s role as Professor Broom. Should the Blood Queen be the same as the Hellboy comics’ Queen of Blood, Jovovich would be playing an evil spin on the Lady of the Lake—a powerful, ancient British witch that’s gone mad. And honestly, given the series’ mythos, even if she’s not that Queen of Blood, there’s still a pretty decent chance she’s an evil witch. It’s sort of a recurring villainess theme for Hellboy.