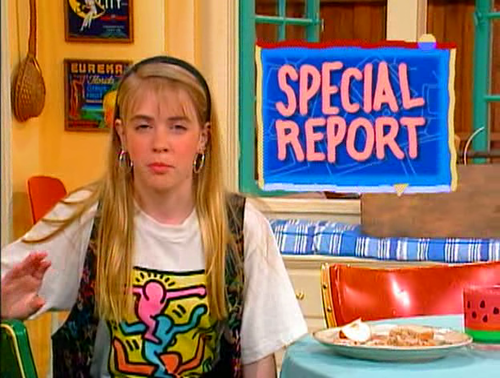 Giving 30-somethings one more childhood memory to reconsider, new evidence is suggesting that Clarissa did not, in fact, explain it all.

According to The Hollywood Reporter, Nickelodeon is ready to set a new high-water mark as to just how ’90s one of the many ’90s TV reboots can get. The cable network is reportedly in talks with Clarissa Explains It All creator Mitchell Kriegman to explain a bit more, rebooting the series as a sort of sequel. It’s said that, following the Boy Meets World mold, original star Melissa Joan Hart would reprise her breakout role, now playing parent to her own fourth-wall-breaking teen. It’s not yet clear whether Clarissa’s friend Sam will return, as he’s presumably in prison for breaking and entering.