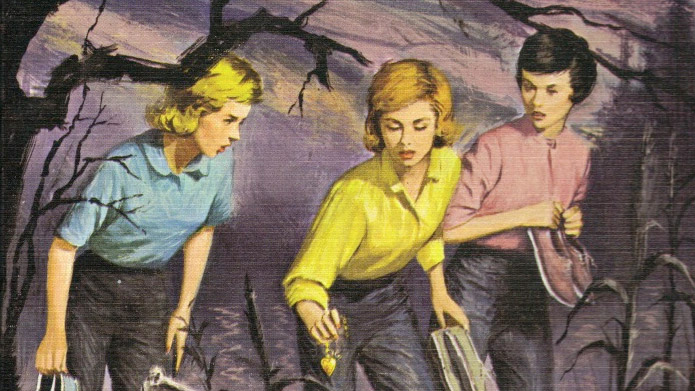 It was only last year that CBS was shooting a pilot for a series that would reinvent Nancy Drew as not an amateur teenage sleuth but an NYPD cop. Finally, we were to see the Nancy Drew we always dreamed of: armed and formally compensated for her detective work. In the end, though, the network decided the show wasn’t worth ordering to series.

But leave it to NBC to not learn from the mistakes of others.

According to Deadline, NBC has hired the exact same creative team to craft another pilot set to be a Nancy Drew series far more in name than practice. Coming from CBS’s Doubt creators Tony Phelan and Joan Rater, the new take will for some reason make the teen investigator EVEN OLDER. Whereas the CBS version was going to see a 30-something Nancy, the NBC iteration will reportedly place her in her 40s or 50s. Here, it’s imagined that the Nancy Drew novels were autobiographical but heavily embellished to flatter the title character; while she was involved in the mysteries, it was actually her two best friends/sidekicks doing all the work. That of course left the friends bitter, but in middle age, they decide to put their bad blood aside to again team up to solve some more mysteries. Their first case? The Secret of Giving NBC Some of Those Old Golden Girls and Murder, She Wrote ratings.