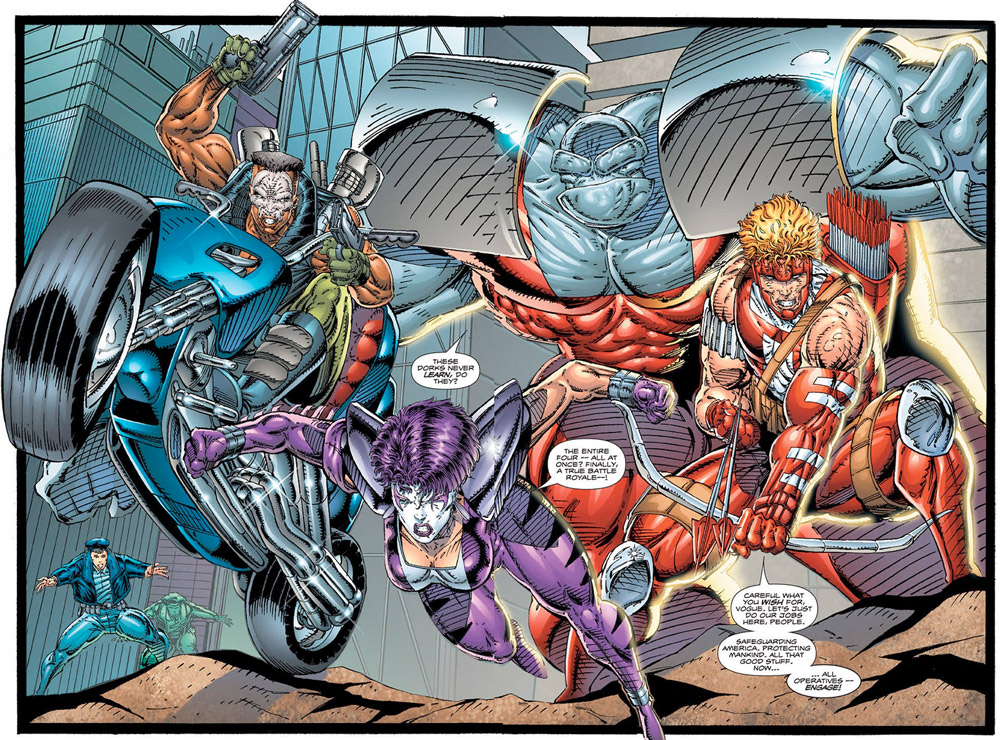 Of all the many, many ’90s revivals headed to screens, this must be the most extremely ’90s of all. Deadline is reporting that Netflix just made a seven-figure deal to construct a film universe from the painfully crude anatomy of Rob Liefeld’s Extreme Studios superheroes.

A fitting subgroup of Liefeld’s so-called Awesome Comics, the Extreme banner includes such hemoglobin-heavy titles as Bloodstrike, Bloodpool, and perhaps most famously, Youngblood. The characters make equally fitting competition against the popular Marvel and DC heroes in theaters, given that nearly all of Liefeld’s creations are direct rip-offs, oh-so-thinly veiled behind thigh pouches, excessive hatching, and whatever scenery he put in to obscure the feet he didn’t want to draw.

The Netflix deal comes over a year since Liefeld partnered with Batman & Robin writer Akiva Goldsman to set up a Mountain Dew-fueled writers room that would develop this grimacing Burger King Kids Club militia of a comic book world. It’s not yet clear whether Netflix will put their cinematic universe in theaters or, more aptly, go straight to x-streaming.