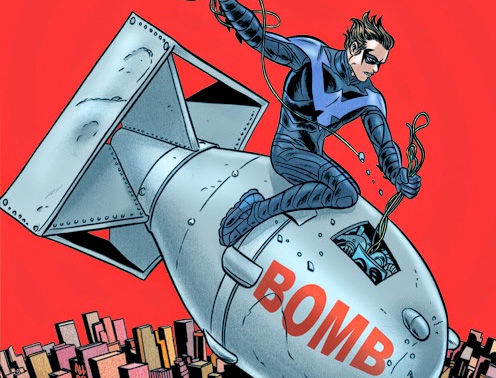 In a move that couldn’t be more symptomatic of Warner Bros.’ backwards, cart-before-the-horse approach to their DC superhero universe, the studio has put into development a movie about Nightwing. The Hollywood Reporter brings word that director Chris McKay, who already showed off his Gotham City chops with The Lego Batman Movie, will make his live-action debut on the film. 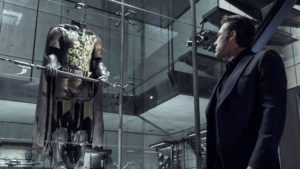 Comics fans will know Nightwing as the alter-ego of Dick Grayson, the young hero better known for his longtime stint as Batman’s hot pants-wearing sidekick, the first Robin. For him to now abruptly be the focus of a solo feature film is, to say the least, unexpected. Nightwing only really exists in the first place to give a second life to an iconic character whose eternal youth was becoming a bit conspicuous after 40 years as a moppet. In the DC cinematic universe, there hasn’t even been a Robin on screen yet—though Batman v Superman included a shot (right) that very strongly implied that the hero had been murdered off-screen by the Joker. It seems that, as in the comics, that must be the second Robin that was killed. Though, unlike the comics, it also seems that Warner Bros. is forgoing the decades of Batman & Robin tales that gives any of that weight. They’re just gonna make do with a few seconds of Ben Affleck frowning at a costume and whatever they can cram into that Batman movie they don’t even have a finished script for. You have to give Warner credit for this much: they’re at least consistent in how heavily they lean on completely unearned history.