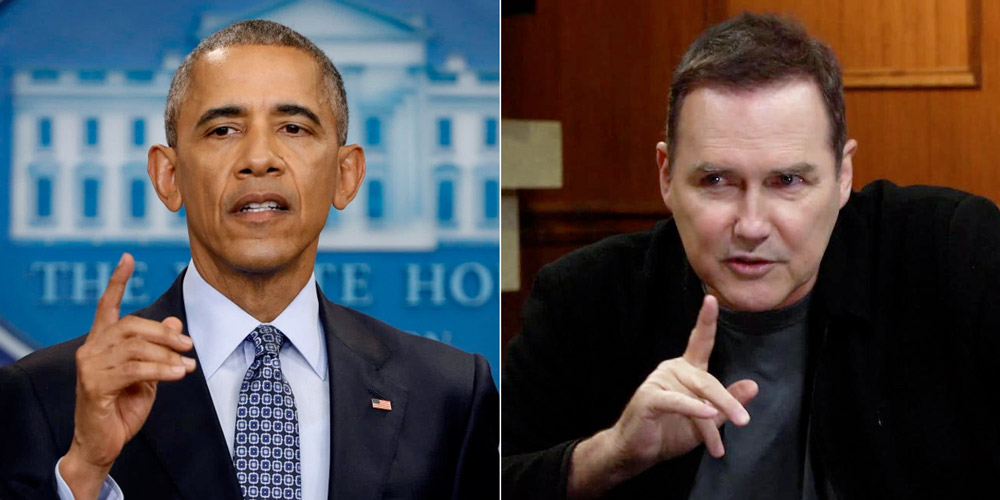 As revealed in a New York Times story soon to be the basis for an unhinged Twitter tirade, Barack Obama is joining Donald Trump in being both U.S. President and TV star. Obama and wife Michelle are reportedly in talks with Netflix to develop a series, the Times saying:

In one possible show idea, Mr. Obama could moderate conversations on topics that dominated his presidency — health care, voting rights, immigration, foreign policy, climate change — and that have continued to divide a polarized American electorate during President Trump’s time in office.

Another program could feature Mrs. Obama on topics, like nutrition, that she championed in the White House. The former president and first lady could also lend their brand — and their endorsement — to documentaries or fictional programming on Netflix that align with their beliefs and values.

As of yet, it’s not decided just what format the series will take, just as it’s currently unclear whether CANCEL NETFLIX FOR KENYAN OBAMA SHOW will be a Facebook group or a Twitter hashtag.

It’s not just noted Americans getting Netflix shows, though. The streaming company today confirmed that always-hilarious Canadian Norm Macdonald is also getting a project. Titled Norm Macdonald Has a Show, the series will be a talk show that, as Norm teased in a reddit AMA earlier this year, will take a format similar to his Norm Macdonald Live podcast.