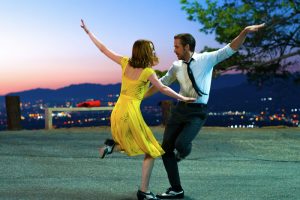 Though I likely have an advantage, being the only person I know who writes about films nearly every day, I have managed to triumph in just about every Oscar pool I’ve participated in over the last decade. So, this year, I thought I’d pass on my picks to you, the greedy, gambling reader. To be honest, I don’t feel great about a lot of these, but if you’re looking for some advice, this is the best I can do. I’m sorry.

NOTE: These have been proven very poor picks.

Here’s the full list of nominees, and here are my guesses for the winners:

Best Director: Damien Chazelle. Come on, you saw him working those whip-pans. He’s got this.

Best Actor: Denzel Washington. It once seemed Casey Affleck had this locked up with Manchester by the Sea, but sentiment seems to have turned away from him—largely due to increased attention to the multiple allegations of his being an even bigger creep than his grabby brother. I’m betting on Denzel following up his SAG win with another one here for Fences. But it’s a tough call.

Best Actress: Another really tough call. I’m probably going to bet on Elle‘s Isabelle Huppert, because I like an underdog and hate myself. But Emma Stone is your safer bet. Still, though, I could see this being the night’s likely-singular real surprise.

Best Supporting Actor: Of course Moonlight‘s Mahershala Ali is getting this.

Best Supporting Actress: Of course Fences‘ Viola Davis is getting this.

Best Original Screenplay: I’m going to be a bit of a hypocrite. I went with Isabelle Huppert for Best Actress despite her being the deeper cut in the face of the obvious Stone. Here, I want to say the opposite: even if Kenneth Lonergan’s Manchester by the Sea screenplay is the WGA winner and more “scripty” script, I think we’re going to see the easy choice. I’m going with Chazelle’s La La Land. Anyway, how else are we going to punish Lonergan for also writing The Adventures of Rocky and Bullwinkle, right?

Best Foreign Language Film: Cases have been made for Sweden’s A Man Called Ove, Germany’s Toni Erdmann, and Iran’s The Salesman. The last of those has an anti-Trump, pro-Muslim thing going for it, though, so let’s wager on that one.

Best Documentary Feature: O.J.: Made in America. 13th has some chance here, but everything is coming up O.J. this year. And if that worked out against the odds in 1995, it probably will now, too.

Best Original Song: “City of Stars,” La La Land. I mean, it’s already in your head now, so there you go.

Best Costume Design: Probably Jackie for replicating some period stuff, but I want to go with La La Land casually grabbing this one on its way to the big prize.

Best Makeup and Hairstyling: Star Trek Beyond. You probably didn’t notice, but Spock’s little ears were just kinda glued on there. It’s that sort of movie magic that will win this the Oscar.

Best Visual Effects: The Jungle Book. There’s a lot of solid candidates here, and it would be cool if Kubo and the Two Strings were rewarded for its practical work, but nah. It’s going to the fairly realistic talking bear.

Best Short Film, Animated: Pixar did Piper, and it’s a pretty cute thing about a bird. How about that?

Best Documentary, Short Subject: One nominee deals with the Holocaust; multiple others deal with the refugee crisis. I’m not sure there’s a clear frontrunner, but for its particularly relevant Syrian refugee story, I’m going to go with Watani: My Homeland.

I’m pretty sure that’s all of them. If you win money with these picks, please send me a deserved portion of your winnings at your discretion. Thank you and good luck.