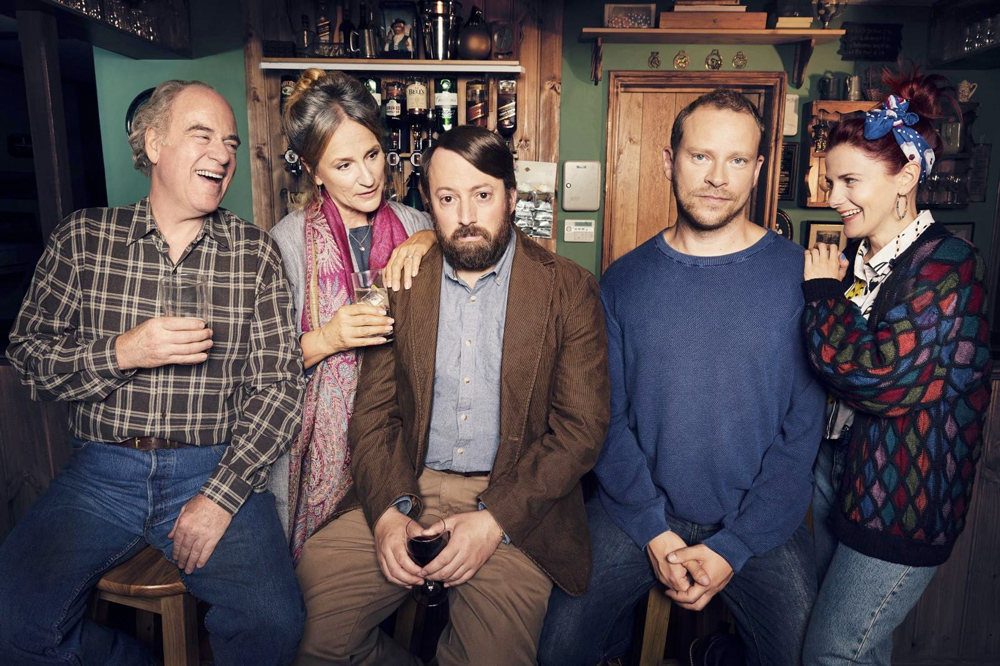 The El Dude Brothers are back in town, and now more hirsute than ever. Here’s a first look at Peep Show stars David Mitchell and Robert Webb in Back, a new series that will return the pair to Channel 4. According to Digital Spy:

The series will follow Stephen (David Mitchell) as he takes over his late father’s pub, sidelined by Andrew (Robert Webb), one of the many former foster-children of Stephen’s parents.

Andrew returns to town after years of travelling, to revisit the family that he thinks changed his life.

Unsurprisingly, Stephen and Andrew don’t get along as Stephen becomes convinced that Andrew is out to steal his life – with what we can only imagine will be hilarious results.

Back was created by Simon Blackwell, a veteran of the UK scene who’s written for Peep Show and various Armando Iannucci projects—among them Veep, In the Loop, The Thick of It, and Time Trumpet. The show’s first, six-episode run will debut later this year. We’ll save our celebratory horn honks for then.