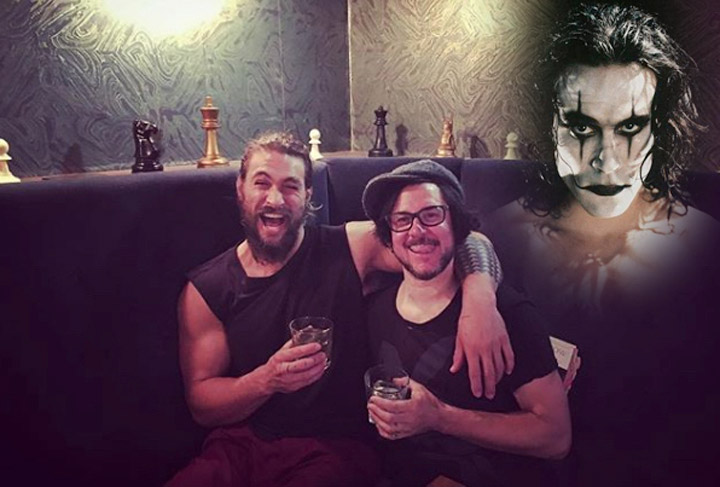 In development for most of the decade, a remake of The Crow has long been the goth kid in the periphery of Hollywood—interesting but, you know, also kind of sad, and not quite attractive enough to be worth risking your popularity on. Sure a lot of hot jocks have for some reason come by to court it—from Bradley Cooper, to Channing Tatum, to Mark Wahlberg, to, most recently, Jason Momoa—yet it’s remained forever the moody wallflower, unable to land that utterly miscast lead. And now, with an October 2019 release already set, it seems it will once again miss its prom date.

According to Deadline, the latest iteration of The Crow has also fallen apart, latest respective star/director combo Momoa and Corin Hardy (pictured above, celebrating the morbid spirit of The Crow) today departing the comic book adaptation. For Hardy, who’s now working on The Conjuring spinoff The Nun, it’s actually his second time leaving the film, having already been briefly attached when he replaced F. Javier Gutiérrez as director back in 2014. We’ll have to see whether this twice pre-breakup or the string of hunks that never came through can finally let The Crow realize it was good enough to never change in the first place.