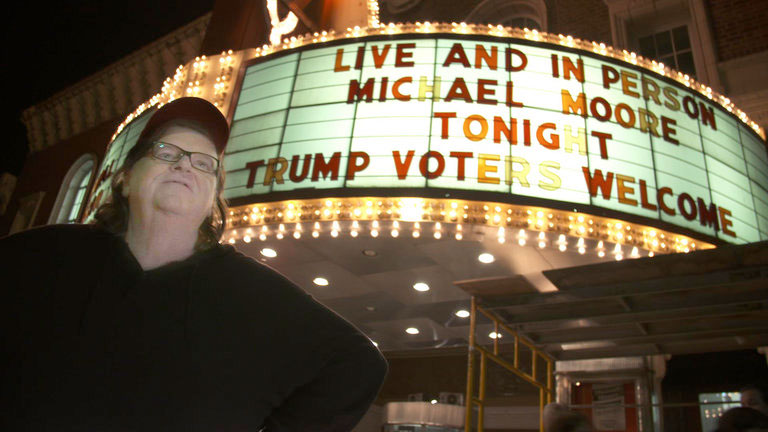 Once a vital, unique voice mixing political discourse and comedy, Michael Moore has since joined Bill Maher in becoming a stringy-haired relic of a liberal base that long ago left them for any number of Daily Show correspondents. Yet just as Maher apparently still has a show on the air, so too has Moore needlessly continued his obvious if often valid attacks on the right—which, as of late, has mostly meant going after Donald Trump.

In 2016, Moore put out the concert documentary of sorts, Michael Moore in Trumpland, and earlier this month, he announced a Broadway show he describes as “a humorous play about a country that’s just elected a madman.” But it seems that’s still not the end of his prolonged “so, ya heard about this Trump guy?” set. Now, Moore has announced Fahrenheit ‪11/9, a new film about—you guessed it—the horrifying, flaxen-haired President man. The film’s title is a reference to Moore’s 2004 doc Fahrenheit 9/11 but also to November 9, the date it was made official that, Christ, Trump would be running the country.

But while we know the broad subject of the new film, further details are scarce. It’s said “filming on Moore’s new Trump documentary has been done under a strict cloak of secrecy.” We’ll just have to try and imagine: what could it be like to watch a comic persona go after Donald Trump?