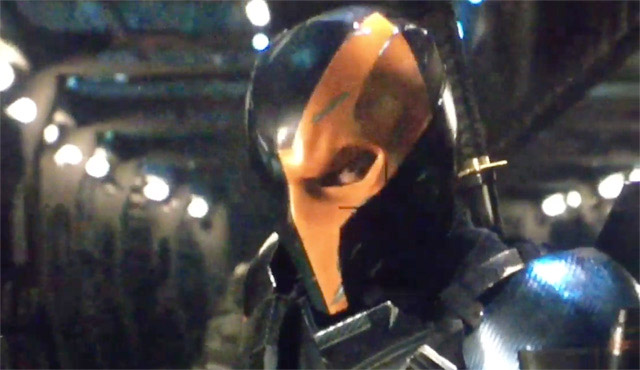 Well, 20th Century Fox may have got John Wick‘s David Leitch to direct Deadpool 2, but it looks like Warner Bros. has an equally action-impressive response: The Raid series director Gareth Evans heading up Deathstroke. The Wrap reports that Evans is in talks to write and direct a film focused on Deathstroke, the villain and cycloptic assassin of the DC comics universe. Joe Manganiello is attached to star in the role, and he was set to be the central antagonist of The Batman before Matt Reeves took over that project. Thanks to that latter bit, we have this footage of what Deathstroke pouting through steam will look like:

There’s not yet a date scheduled for when we’ll see Deathstroke do cooler things.