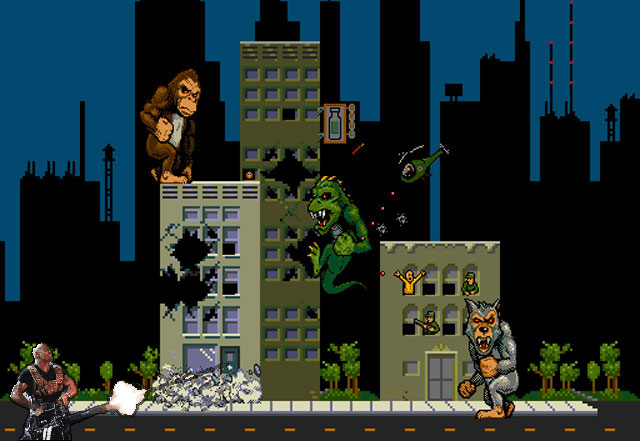 Speaking to We Got This Covered, director Brad Peyton has just revealed that the Rampage movie he’s making with Dwayne Johnson will for some reason be emotional, scary, and about animals.

“It’s going to be a lot more emotional, a lot scarier and a lot more real than you’d expect,” Peyton said of his adaptation of a video game where you make giant monsters punch buildings to the ground over and over.

“So you look at that original concept about a lab that affects these animals and makes them rampage, and that’s the nugget,” he continued. Notably, the original concept of the game was actually that three human beings get turned into a King Kong, a Godzilla, and a giant wolf-man. More accurately, that is the nugget.

But if Peyton is getting the core details wrong with his adaptation, he does have an excuse: he may not have actually looked at the game.

Describing his approach to the notoriously woeful video game genre, he explained, “If they called me tomorrow to do Call of Duty, I wouldn’t want to play any of the Call of Duty games. I’d have to come up with something that deserves to be its own thing. That’s where a lot of these movies can go wrong.”