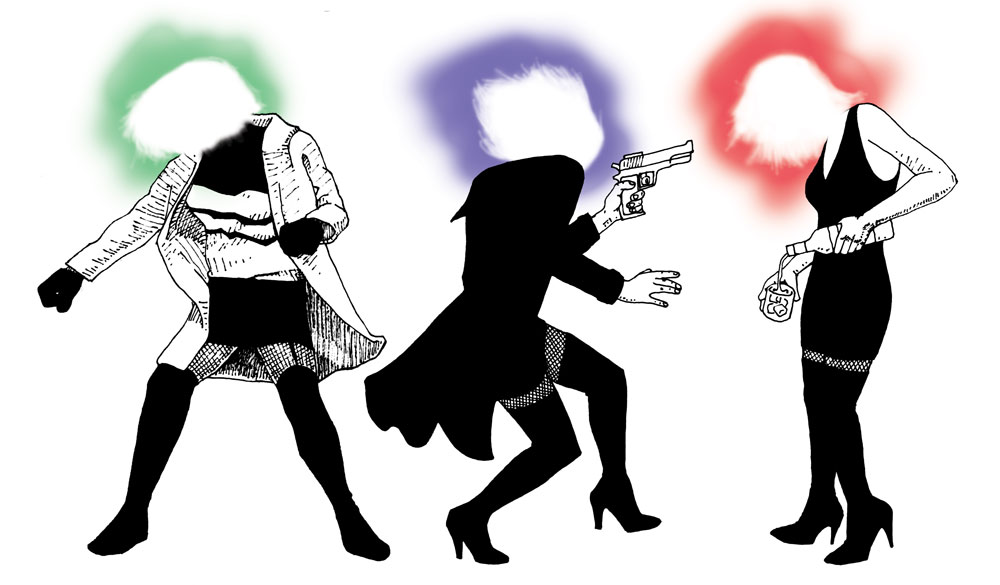 Not one to be outdone by her Devil’s Advocate costar, Charlize Theron debuts her own inordinately entertaining late-career action franchise with the impressively confident Atomic Blonde, the natural extension of her eager, rough-and-tumble pugnaciousness most recently glimpsed in Mad Max: Fury Road. David Leitch, part of the directing duo who made Keanu Reeves relevant again with John Wick, strikes out on his own for this unrelentingly stylish action-thriller that improves upon the aesthetic of his and Chad Stahelski’s Wick while sparing none of its visceral pleasures. The film is an old-fashioned spy picture in narrative if not execution. Theron’s MI6 operative Lorraine Broughton, cinema’s most unglamorously named spy, is sent to 1989 Germany to investigate the murder of a fellow agent and the disappearance of a massive list of double agents that, if released, would cataclysmically escalate frayed Cold War tensions. Uneasily partnered with station chief David Percival (James McAvoy, at his most indulgently, enjoyably scummy), Broughton must navigate the shifting alliances and double-crosses of a Purgatory-like Berlin to complete her mission—all the while shooting, stabbing, pulverizing, or otherwise mercilessly incapacitating a steady stream of European thugs.

Theron clearly relishes portraying the debonair secret agent who wears expensive evening attire, shoots suppressed pistols, swigs booze, chases cars, and seduces the femme fatale (Sofia Boutella, better deployed than she was in Tom Cruise’s last thing) at a Bond-level clip. Like the film she inhabits, Broughton is coolly assured, employing dry wit and brutal hand-to-hand combat with equal precision. (She’s also appropriately profane for a professional murderer, constantly downing liquor and cigarettes while her expletives and bullets fly.) Theron brings an astonishing physicality to Blonde, balletically executing elaborate stunt sequences through extended takes, and taking about as many beatings as she inflicts—the pain of this violence made ever-palpable through her gritted-teeth performance and some wince-inducing foley work.

Sound design plays a key role throughout, scoring wry laughs and cringes from silences and noises alike, with its real strength lying in a propulsively sinister soundtrack that challenges fellow summer actioners Baby Driver and Guardians of the Galaxy Vol. 2 at their own diagetic music-touting game. The track list of era-specific pop hits—including some cuts from Grosse Pointe Blank, the high-water mark of curated 80s-nostalgic hitman soundtracks—is more thrillingly complementary in Atomic Blonde, creating strings of dementedly violent music videos for artists like Falco and ‘Til Tuesday. Songs are provided within scenes, with Broughton and other characters often playing DJ and cranking up the radio in order to provide misdirection or impromptu sound cover. The marriage of popular music and action, an old device made exhilarating thanks to some canny (and sometimes on-the-nose) choices, is a standout in Atomic Blonde’s arsenal of tricks.

In the context of its Wick progenitors, Atomic Blonde is arguably a more interesting and stylish filmmaking effort than Stahelski’s John Wick: Chapter 2. A veteran of the stunt field with dozens of credits to his name, Leitch delivers a crescendo of breathless set pieces, but his ingenuity extends beyond staging convincing fights and clever takedowns. The action is captured with more panache, favoring well-framed compositions that give the violence room, and long, complex takes that follow the performers through multiple locations during a single scrape. Taking a cue from graphic novel inspiration The Coldest City, Leitch isn’t afraid to use Dutch angles, slick transitions, or vibrant title cards, and his nicely desaturated urban vistas and closeups of Theron’s battle damage are peppered with splashes of an aggressive neon palette. There’s a more genuinely comic book visual identity on display here than in many more-professed comic book movies.

Even if the action is consistently engaging, Atomic Blonde keeps a chilly emotional distance from its characters—a reflection of the cynical viewpoint of the icily-efficient operative at center stage. But neither her or the film ever really aim for any resonant pathos in the first place. Her Berlin is populated by a handful of serviceably-acted espionage film sketches—the mannered boss (Toby Jones), the skeptical company man (John Goodman), the informant/MacGuffin (Eddie Marsan)—but it’s only Percival who really matches her liveliness. McAvoy and Theron almost make for a compellingly mismatched pair: he, an id-driven cad who flouts traditional spycraft discretion; her, a measured, machine-precise agent of not-inconsiderable skill. Even if she’s the better spy, he’s having more fun being one in Kurt Johnstad’s script, which is as absurdly convoluted as it is by-the-book, recalling the twisty, sillier passages in the 007 franchise. (Broughton even has her own signature chilled vodka drink, earning someone on the Stoli marketing team a deserved raise.)

More than just a showcase for Theron’s relentless, bone-crunching mayhem, Atomic Blonde is realized—thanks to Leitch and cinematographer Jonathan Sela—with a better, occasionally lurid, eye than most action films being churned out. And, though lacking the brand recognition of Spider-Man: Homecoming or Wonder Woman, it’s one of the better comic book-based films to come out this year. Its exciting—if hollow—stylishness may be outmatched only by the similarly-adult Logan. Still, Theron’s charming aloofness and all-or-nothing martial arts prowess—especially during a few vicious, exhausting apartment brawls—are the irrefutable stars of the picture, making Lorraine Broughton a commanding new action hero ready-made for a follow-up feature or two. With no lack of developing film projects billed as “the female John Wick,” Atomic Blonde has already set the platinum standard.