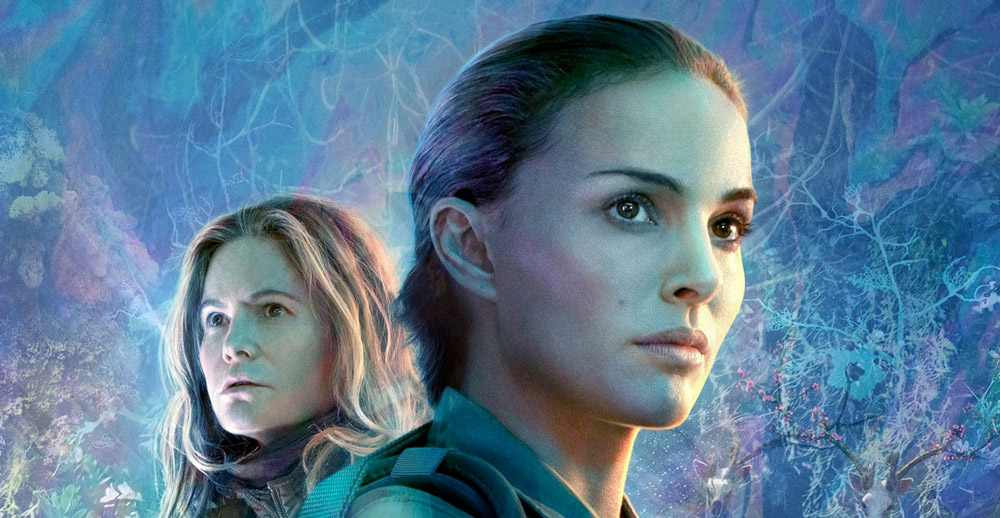 Following the success of the ambitious-if-imperfect Ex Machina, onetime stalwart Danny Boyle scribe Alex Garland more than earned the license to forge his own path as an auteur of heady mainstream science fiction. Annihilation, his sophomore effort as such, boasts a similar, satisfying blend of philosophical musings, genre thrills, nifty visual effects, and Oscar Isaac, though this time the feelings of isolation rely more on existential dread than physical claustrophobia. He’s pondering the nature of self with a spartan cast again, just on a wilder, pricier scale—and with an Oscar-winning lead to boot. Hollywood-friendly horror science fiction is a difficult beast, but Garland handles it with aplomb.

As genre conventions dictate, Annihilation finds a mismatched group of specialists ordered by the government to investigate a mysterious phenomenon plaguing a coastal region of the United States: the “Shimmer,” an ever-expanding, unexplained zone of environmental chaos that resembles a gargantuan soap bubble. In three years of quarantined study, no human has ever come back after entering—until now, that is, with the return of Kane (Isaac), a soldier from a classified Shimmer expedition lost a year ago and husband to heartbroken biologist Lena (Natalie Portman). Kane’s deteriorating condition is as inexplicable as his sudden reemergence, so it doesn’t take much for dodgy project leader and psychologist Dr. Ventress (Jennifer Jason Leigh) to coax Lena into joining the latest expeditionary team, joining paramedic Anya Thorensen (Gina Rodriguez), physicist Josie Radek (Tessa Thompson), anthropologist Cass Sheppard (Tuva Novotny), and Ventress herself. Armed with rifles and supplies (but why no vehicles?), the five women walk into the Shimmer intending to reach the lighthouse at its epicenter, figure out what the fuck is going on, hopefully stop its expansion, and—in Lena’s case—save Kane. This being science-fiction horror, the activity within the Shimmer proves increasingly dangerous, weird and, of course, periodically disgusting.

The scientists are placeholders at best, offhandedly defined (grieving mother, addict, cutter, etc.) in a single page of dialogue, but it doesn’t really matter; cyphers make for the best cannon fodder. (Like in a terrible disaster film, the players are sketched in just enough for the audience to wonder who goes next.) Sure, there’s a thin, drawn-out through-line about Kane and Lena’s frayed marriage, but every emotional beat lands with a thud. Only Garland’s cerebral visuals and visceral terrors matter in Annihilation, and for the most part, it’s a pretty confidently realized mosaic of homages that keeps with the film’s theme of prismatic scrambling (an idea further supported by a refractory visual motif and fractured narrative). There’s the left behind, doomed-mission recordings of Event Horizon and Sunshine; the paranoid, gnarly body horror of John Carpenter’s The Thing; the big-idea intimacy of Arrival or Contact (though thankfully lacking the sappy hokum); and, especially, the nihilistic birth-death intersection of Ridley Scott’s uneven Prometheus—an act it easily supplants rather than follows.

Annihilation artfully makes something new from pre-existing materials, but compelling as it often is, it ultimately crumbles in the third act (a genre staple), shooting itself in the foot with a knee-jerk obligation to a finale-by-way-of-imperceptible, unconvincing CGI flotsam that’s more Interstellar than 2001: A Space Odyssey. (The score, of sorts, keeps things from going completely off the rails by going full-on unsettling.) What’s more, after nearly two hours of satisfyingly ambiguous and creepy shit (some haunting flora and fauna, a few snuff films), Garland succumbs to blanket, Cloverfield Paradox-style cop-outtery to neatly cover it all. Still, enough dangling threads remain to set up a sequel (Annihilation is based on the first of a trilogy of novels by Jeff VanderMeer) and frustrate the viewer: What of that infinity symbol bruise-meets-tattoo? Was walking for days truly the only option of travel? Who keeps letting Prometheus and The Martian‘s Benedict Wong on these dangerous scientific expeditions? Really, it’s best not to scrutinize too much; Annihilation is fascinating to behold but, like the Shimmer, you’ll regret looking too closely.