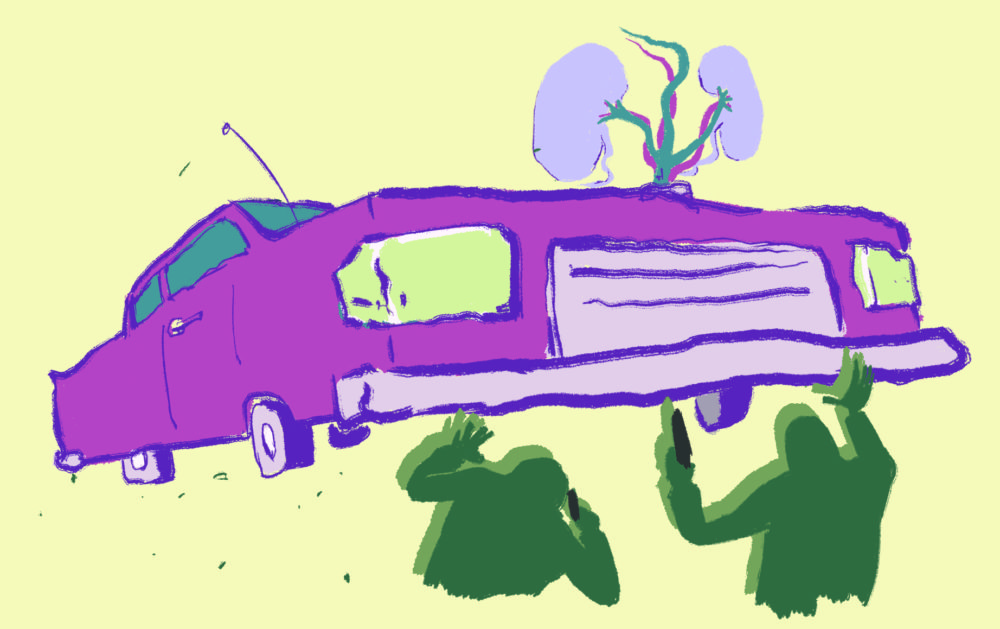 Too many unapologetically B-movie-inspired action films of late lean toward economy of story. Outside of perhaps the leaden devotion to “family” in The Fast and the Furious franchise, they lack the emotional resonance of a romance to truly drive the gunfire, explosions, and thumping soundtracks. By cramming a rote YA love story into yet another movie about a reformed criminal (this time a car thief) enticed back into doing what he swore he’d never do again, Collide finally attempts to correct this oversight. And the experiment in genre hybridization in this Need for Nicholas Sparks goes about as well as expected.

The opening narration over an in medias res car crash on the Autobahn establishes the light melodrama of Casey (Nicholas Hoult) and Juliette (Felicity Jones): American (arbitrarily so; both leads are English and the film is set entirely in Germany) expatriates meet at a nightclub, as so many young, white, pretty, one-dimensional characters tend to do. Their blossoming romance is mercifully reduced to a syrupy time-jumping montage, until Juliette’s sudden seizure ruins an otherwise adorable moment with her boyfriend. Juliette’s kidneys are failing, you see, and her only hope is an expensive transplant operation in the United States. (The unlikely message being that healthcare in the U.S. is more affordable than in Europe?) Casey offers his car crime services to his former boss Geran (Ben Kingsley) in order to earn the necessary money, and he’s tasked with robbing Geran’s dick-ish superior (Anthony Hopkins) of a semi-truck loaded with cocaine. Naturally, Casey’s hackneyed heist falls apart, allowing Collide to finally cut to the 60-minute-or-so chase.

That the bulk of the movie is comprised of European thugs shooting at Hoult as he drives various cars very fast might be fine if the action left any impression whatsoever. Unremarkable, bloodless shootouts (there are so many Desert Eagles in Germany!) and mundane car chases are only further hampered by inept CGI and boneheaded camera angles. Predictable twists and telegraphed fortune reversals make sure the audience is always a few steps ahead—it’s clear what Hoult’s car thief will do when left attended by one dumb guard in a warehouse full of luxury automobiles, or when henchmen are firing at his Citroën from cars on either side as they all barrel down the highway. There’s even a Big Gotcha Reveal that needlessly, belatedly explains how Hoult pulled off something that had already long been accepted by audience and characters alike.

As an underwritten blank, Hoult at least continues to acquit himself fine with an American accent; the woman who would become Rogue One‘s Jyn Erso, less so. Jones, with her failing kidneys, is basically reduced to a renal MacGuffin, save for a few hallucinatory car crash sequences where she smiles to her selfless lover—footage likely shot and rushed into the edit once Jones became a Star Wars lead. The characters of Casey and Juliette can be summarized by the way they look and sound, and inspire little sympathy; the $200,000 Casey is breathlessly trying to earn might as well be intended to pay off the nefarious bank threatening to raze a local orphanage. Slumming it in the periphery of the film, at least Hopkins and Kingsley’s acting abandon proves occasionally compelling.

Sir Ben Kingsley is no stranger to low-rent fair like Collide, and he graciously shepherds his fellow knight through the motions of reckless genre overacting. While Kingsley’s performance is another familiar over-the-top Middle Eastern caricature, Hopkins takes a cue from Christopher Walken’s ignore-all-punctuation school of acting, allowing his inflection and volume to fluctuate wildly within single readings. The Sirs even get two of their own hammy “fuck it, I’m a declining former Oscar winner” versions of the De Niro-Pacino restaurant scene in Heat. Clearly they had to have their own fun with a script that was insistent upon cramming their characters full of so many affectations. The dueling drug kingpins are anachronistically fixated on ’70s American movie idols, as the names of Sylvester Stallone, John Travolta, and Burt Reynolds drop, with Kingsley continuously—and uncomfortably—comparing Hoult to a young, virile Reynolds. An already well-worn villainous quirk, Hopkins’ faux-erudite villain makes endless trite references (his character still uses “Now I am become Death, the destroyer of worlds.”), lazily monologuing about Mozart and Shakespeare in reference to characters named Wolfgang and Juliette, respectively. Even as a cribbed bit from Boogie Nights, having a coked-up Kinsgley make everyone stop and listen to Timmy Trumpet’s “Freaks” is a rare chuckle-worthy highlight in an otherwise self-serious film.

That marketing for this film only very recently began should come as no surprise: despite featuring Star Wars, Iron Man, X-Men, and Westworld stars, Collide was shot and shelved nearly three years ago. Even with all that time and rising star power, it fails to justify its existence. Though fairly competently made and inoffensive, Collide doesn’t have a single original idea to contribute, and it’s quickly forgotten once its 99 minutes are up. The whole thing fairly reeks of straight-to-streaming flotsam with its underused stars and reliance on European locations and supporting actors. Collide could have just as easily arrived on Netflix starring a lesser Hemsworth, Ashley Greene, and Malcolm McDowell—but still Ben Kingsley. The film’s tagline asks, “HOW FAR WOULD YOU GO FOR THE ONE YOU LOVE?” In this case, even as far as your local 7-11’s Redbox is asking a hell of a lot.