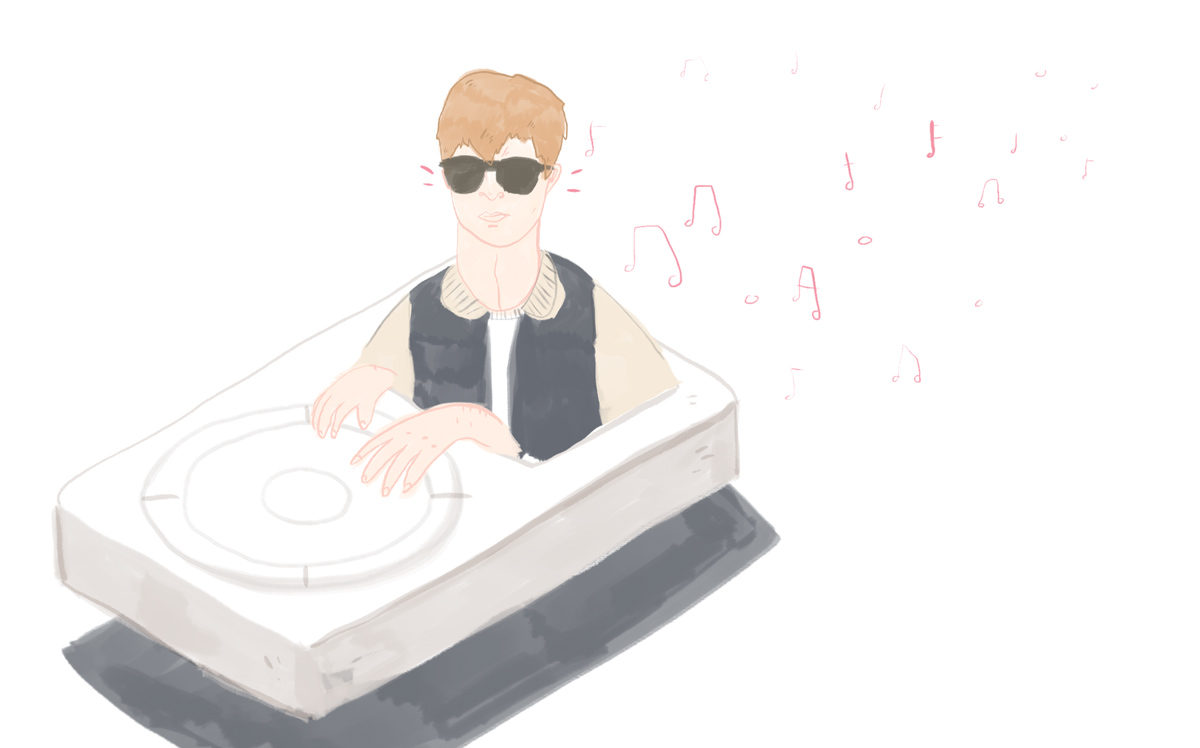 A new film from Edgar Wright is always cause for celebration. But with his fifth outing, Wright has finally proven that the bar he’s set for himself—with the Three Flavours Cornetto trilogy and Scott Pilgrim vs. the World—is too high to keep attaining. He is but a mere mortal, after all. The crime-comedy Baby Driver may now represent the technical low-point in Wright’s oeuvre (that the film pales at all in comparison to his previous efforts only makes the departure from his labor of love, Ant-Man, all the more regrettable), but that doesn’t mean it’s not still a solidly-ambitious and original work, a standout action pastiche that moves to its own beat. If it had been the product of a lesser director, it would be a minor marvel. Presented alongside Wright’s name, it’s an undeniable letdown.

As the ludicrously-talented wheelman for Doc (Kevin Spacey) and his revolving door of thugs, Baby (Ansel Elgort) has made a career of dutifully chaperoning thieves in and out of dangerous robberies in Atlanta. He’s a peerlessly-effective driver, but his quiet stoicism often unnerves his colleagues to the point of asking if there’s something wrong with him beyond his chronic tinnitus—even as the audience hardly cares either way. (He may occupy the same spot on the spectrum as Being There’s “Chauncey Gardner,” often regurgitating lines of dialogue he’s heard come from his ratty television.) Finally afforded some hope thanks to a budding relationship with a waitress (Lily James) and a humble life delivering pizzas, Baby is of course inevitably sucked back into the criminal world by the veritable One More Job, and he must use his wits and a multitude of automobiles to try to escape. Complete with its own Oscar-winning crime boss and beautiful, willowy British girlfriend, Baby Driver is the car-caper-cum-romance February’s Collide wished it could have been—that dud didn’t even have a big, sexy gimmick to hang its story’s slight frame over.

Much like a director insisting their film’s shooting location was “almost like another character,” Wright has built on years of Charlotte Hatherley videos and impeccably-curated Queen songs to now elevate music to a central role in his film work. Baby’s tinnitus, while tied to a cursory tragic backstory, is a device for allowing the character’s constant flow of insistently diagetic music from one of his many iPods. (Like an episode of the movie’s mentioned Looney Tunes, he seems to have a cartoonishly-endless supply of sunglasses and iPods on him at all times.) The songs dictate the film’s action to various degrees, whether Baby is dancing and lip-syncing along while lyrics arrive as street graffiti (a genuinely Wright-ian bit of visual mischief too rarely glimpsed in the film), or guns are firing to same rhythm as the current track. Baby—and by extension, Wright—is so precious about his music that he starts a song over when it doesn’t sync with the progress of a heist. The results are often pretty neat—even if sometimes the music amounts to nothing more than an apt song choice—but somehow the soundtrack doesn’t leave as much of an impression as the similarly cassette tapes- and mother-obsessed Guardians of the Galaxy films. With 30 cuts on the soundtrack album alone, Baby Driver is nothing if not a noble experiment in melding a musical with an actioner.

If Wright’s tracklist is surprisingly-easily forgotten, his lead is even more. Baby is defined by his calm, focused demeanor, but by leaning into this performance, Elgort sacrifices even the mild charisma he’s shown in his young-adult-focused performances. The surrounding cast make more of their unabashedly one-note characters (A reduced emphasis on characterization in favor of formal experimentation is a symptom of the script, which misses frequent collaborator Simon Pegg’s touch) to account for a core protagonist who’s little more than a cipher. Spacey’s adept with a zippy one-liner; Lily James oozes movie-star charm too-often lacking in the lead; and Jon Hamm and Jamie Foxx seem to be having a blast as psychopaths Buddy and Bats. As the Reservoir Dogs-inspired Mr. Blonde of this heist film, Foxx is admirably hateable, and Hamm, relishing playing against type, gets to act out the mother of all Halloween callbacks. Yet Wright does no favors for his actors by bathing each scene in light, creating a middling visual palette that’s never bright or stark enough to be interesting. (He and cinematographer Bill Pope have done far better work solo and together.) The settings in mundane downtown Atlanta only contributes to the television-ready genericness of Baby Driver’s look.

Baby Driver is a cool idea never fully committed to. When it works, it really cooks, but too often the imagination falters or the pace slows—especially when compared to the (sometimes literally) whooshing cuts of everything else Wright’s done. Strip away all of the formal inventiveness, Baby Driver is a pretty rote heist film; if every set-piece was as arresting as the one that came next, maybe this hollowness could be forgiven. Though it’s a lot of fun by the end, and despite its occasional half-baked ideas, Baby Driver is a better film than the genre often sees. But for an Edgar Wright film, Baby Driver has some growing-up to do.