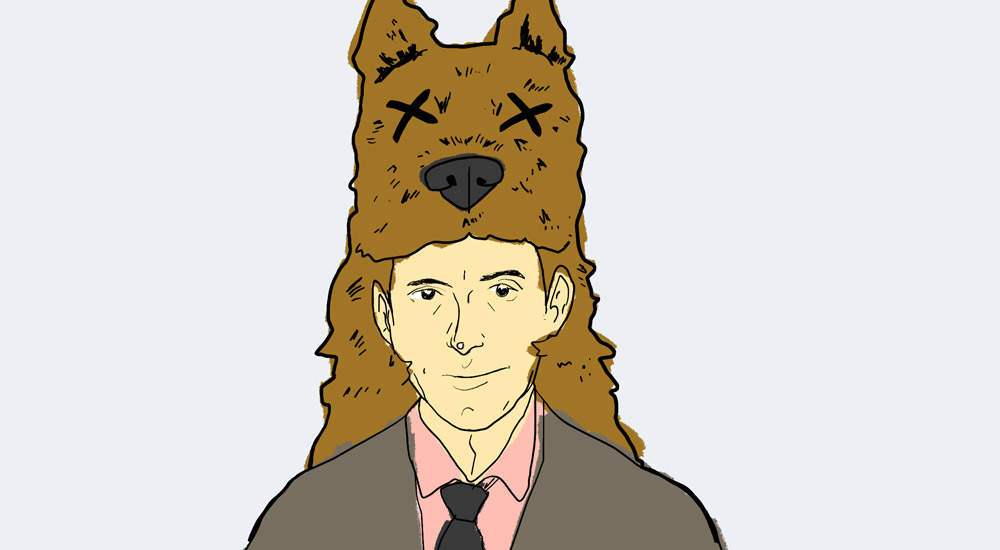 Though it’s as vaguely nostalgic and removed from an era as any of Wes Anderson’s films, Isle of Dogs must be the writer-director’s first effort to feel so timely—if also unintentionally so, given the movie’s lengthy development timeline. Set in the dystopian future of a Japanese city, the stop-motion film sees an unabashedly anti-science, fear-mongering, demagogue mayor who sends all his region’s dogs to a quarantined island over worry about an outbreak of a canine flu. The A-line follows Atari Kobayashi (Koyu Rankin), an adolescent boy who crashes a hijacked fighter plane into the island to search for his own beloved, exiled pooch; there, he meets a scruffy dog named Chief (Bryan Cranston) and his equally scruffy pack (Edward Norton, Bill Murray, Bob Balaban, and a vocally scene-stealing Jeff Goldblum), who guide Atari through the island’s dangers and other notably-voiced dogs. The B-line follows Tracy Walker (Greta Gerwig), an afro’d American foreign exchange student trying to expose the mayor’s hidden agenda. (Presciently on the nose, the mayor hopes to just deport the foreigner.)

As far as Wes Anderson films go, Isle of Dogs is typically brusque but far more brisk, bounding head-on through its straightforward story, stopping for panted breathers for only a few travel montages set, true to Andersonian form, to the sparse, solemn notes of The West Coast Pop Art Experiment Band’s “I Won’t Hurt You.” Consequently, the movie lacks the kind of emotional gut-punches the director—and the boy-and-his-dog genre, for that matter—are known for, no matter how many tear-welled eyes have been animated (and it’s a lot). But as far as animated family films go—and this is a family film, no matter how much the MPAA wants to wag a finger at a little stop-motion tush and some chat of “mating”—Isle of Dogs is an undeniable triumph, charming, visually captivating, and backed by the kind of restrained, earnest performances animated children’s productions almost never deliver. (Beyond Goldblum, narrator Courtney B. Vance needs to be commended for out-Morgan Freeman-ing Morgan Freeman, declaring himself heir apparent to soothingly warm voiceover.)

From a dog crushed by a car (Royal Tenenbaums), to a dog killed by an arrow (Moonrise Kingdom), to the relatively benign dog smacked in the face with a rolled-up newspaper only to be abandoned on a beach (“Goodbye, Cody.” – Steve Zissou), Anderson has dealt out a hell of a lot of dog damage across his oeuvre. Through numerous cartoon-style fighting dustups and a torn-off dog ear, Isle of Dogs actually adds to that canine trauma count, but it’s a beautiful apology to the canine community nonetheless—and equally, a nod to the deeply influential films of Akira Kurosawa. Shame that, like the dogs of both Anderson’s films and real life, its joys are far too fleeting.