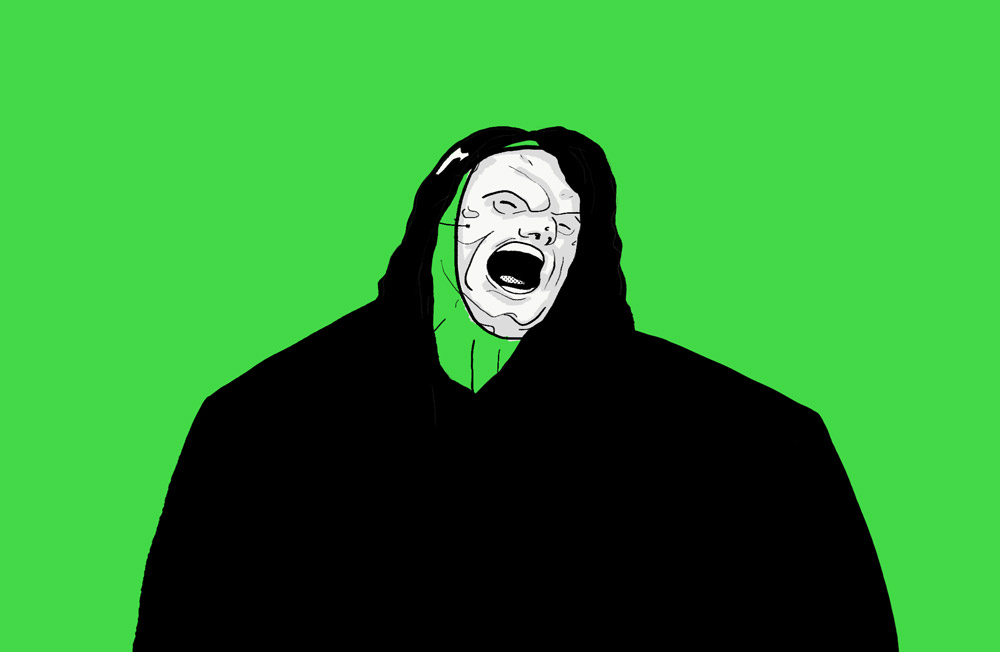 Popularly known as the worst movie ever made (or at least one of them), The Room is a picture so mesmerizingly, indescribably lousy that it’s ascended to the status of genuine cult phenomenon since being released in 2003. Producer/writer/director/star Tommy Wiseau’s alleged drama has enjoyed sold-out midnight screenings across the country for years, bolstered by an ever-growing audience eager to celebrate the mad genius of Wiseau’s outsider work. This devotion has resulted in myriad tributes—art, video games, live script-readings, costumes—but “the Citizen Kane of bad movies” has finally received the Citizen Kane of tributes in The Disaster Artist, a big time Hollywood comedy featuring big time Hollywood stars reenacting The Room’s very inception. But can a fan film, no matter the price tag, ever really transcend its own redundancy?

Based on Greg Sestero (The Room’s “Mark” and line producer) and Tom Bissell’s book of the same name, The Disaster Artist follows the oddball friendship between wide-eyed Sestero (Dave Franco) and bizarre, enigmatic Wiseau (James Franco, who also directs), two deluded struggling actors in Los Angeles with the requisite dreams of making it big. The roommates decide—with more than a little help from Wiseau’s notoriously mysterious wealth—to make their own film: the Tennessee Williams-inspired melodrama The Room, written by Wiseau as a starring vehicle for the pair. Seen through the eyes of Sestero’s audience surrogate, the production of the film is defined by comic ineptitude in a series of vignettes, the humor of which is needlessly pointed out by the beleaguered script supervisor (Seth Rogen, one of many famous Franco pals to show up—including the main cast of Why Him?). When not faithfully re-staging some of The Room’s greatest hits, The Disaster Artist pokes at the origins of Wiseau and the nature of his relationship with Sestero, especially as the pressures of mounting a feature film increasingly wear on them. As funny as The Disaster Artist can be, it offers no easy answers—nor any answers at all, really.

The Disaster Artist can feel more than a little bit pointless to anyone who’s seen The Room—as great as the scene re-creations are, why not just watch the original?—but it’s not for lack of passion on the part of James Franco. At this point an accomplished director of small pictures few people have bothered to see, it’s understandable that he’d take a cue from his Pineapple Express director, David Gordon Green, to bring a more mainstream (read: middling) touch to this shaggy little comedy about fringe filmmakers. More satisfying is his all-in portrayal of Tommy Wiseau, easily Franco’s best performance in ages: immersive makeup and costume design (lazy eye, scraggly mane, flamboyant clothing, chains everywhere) aside, he pretty convincingly inhabits the imperceptible accent and odd, creepy joviality of the baffling auteur. But one committed lead actor does not a film make.

Mirroring The Room’s cast, the supporting players (Jacki Weaver, Alison Brie, Ari Graynor, Paul Scheer, Nathan Fielder, among others) in The Disaster Artist are merely orbiting the fascinating weirdo at center stage, doing their best to make sense of him (though Zac Efron is pretty good as Dan Janjigian/”Chris-R”, continuing his fruitful actualization as a funny, self-aware meathead). Like Sestero in The Room, the younger Franco makes little of an impression in his thankless role, allowing himself to be eclipsed by the distractingly awful beard and hair he’s saddled with. Everyone’s game for supporting the farcical elements of the story, which are usually strong thanks to the source material, but when the brothers Franco and company strive for anything resembling pathos, they fall flat. It’s hard to feel for the travails of Franco’s Wiseau, as entertaining as the role is, when The Disaster Artist does nothing but underline the inscrutability of the notorious eccentric. (Years earlier, Ed Wood, and even Bowfinger, pulled off the “cheerfully sympathetic portrait of an enthusiastic low-rent filmmaker” thing better.)

There’s no denying that The Disaster Artist is a well-meaning, affable-as-heck underdog tale that’s pretty amusing in passages and, occasionally, almost charming.  Viewing the titular 2003 disaster is by no means a prerequisite for taking in The Disaster Artist, but it certainly helps the experience; those that herald The Room as some sort of insane masterpiece will appreciate the loving attention to detail in this self-contained addendum docudrama. Too bad that The Disaster Artist is far from illuminating as a shallow, easy retread of a well-established, near-legendary entertainment. It amounts to the Citizen Kane of second DVD supplements.