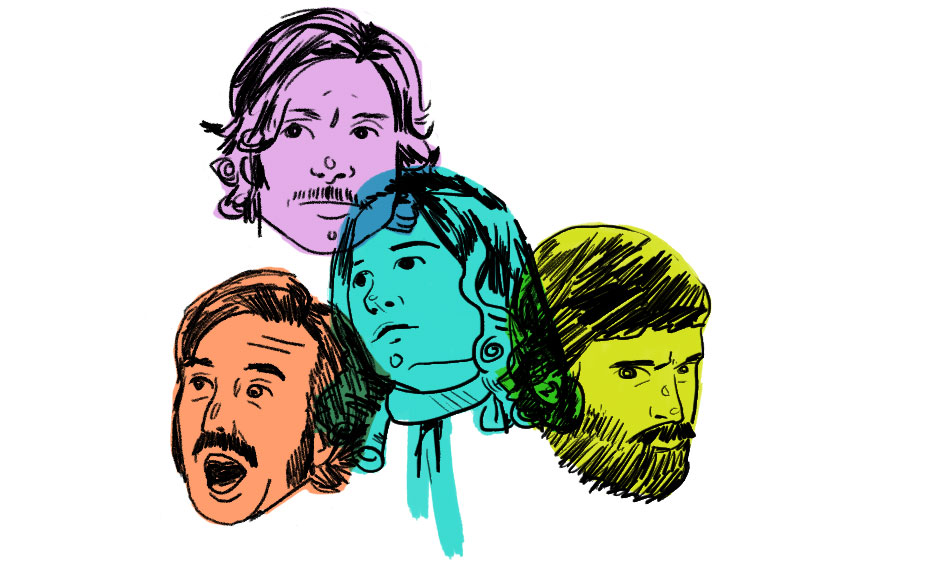 As is fashionable for postmodern genre works, Free Fire boasts a dearth of pretense and an abundance of satisfying, palpable bloodshed. The only setup afforded in Ben Wheatley’s noisy, dingy little action-comedy is that some guys are buying guns from some other guys in an abandoned Boston industrial area in 1978. After a series of misunderstandings—and before the film’s lean 90 minute are even a third over—the buyers (Cillian Murphy’s IRA members), payees (Sharlto Copley’s arms dealers), and broker (Brie Larson) have each caught at least a bullet and are left crawling for cover on a filthy warehouse floor, moaning and squabbling as they recklessly shoot at each other. As the desperation and blood loss set in, the characters and their blackly comic violence only grow increasingly more delirious.

Trading in the thoughtful pessimism of his last feature for a gleeful sardonicism, Wheatley’s Free Fire is the cathartic farce to High Rise’s tense parable. It’s a cartoon where only the futile, haphazard gunplay and the animus that inspires it matter, and the characters are painted with only the most necessary strokes. But the cast certainly makes the best of their roles. Murphy’s stoic militant and his partner (Michael Smiley) cope with Enzo Cilenti and Sam Riley’s incompetent, drug-addled muscle; Copley’s idiot gunrunner’s delusions of intellectuality are tempered by capable (Armie Hammer) and diplomatic (Babou Ceesay) lieutenants, but ultimately offset by the varying levels of psychopathy in Jack Reynor and Noah Taylor’s goons; Larson’s weary opportunist just want this to be over so she can get the fuck out of there.

Larson is as solid as ever, coolly holding her own against a dozen trigger-happy men in an era where that’s even more unheard of in retrospect. Reynor, too, is good as a pugnacious thug, but Copley and Hammer are the real standouts in this shooting gallery. Cleared to lean all the way into his native accent and penchant for buffoonery, Copley simultaneously makes his Vernon the funniest and slimiest gunslinger there, while Hammer plays his Ord as a happy-go-lucky, pot-smoking merc, as quick to fire a dry quip or peace sign as he is an automatic weapon. Having pursued the actor based on his performance in The Lone Ranger, Wheatley taps Hammer’s too-infrequently-used comedic skills, even gifting him a memorably meta line justifying the real-time antics of this group of assholes.

And everyone is definitely an asshole in Free Fire, each a deserving recipient of some of the most creatively clumsy violence this side of a Coen Brothers feature. Bullets puncture muscle and crowbars bust teeth (a surprising variety of head traumas act as buttons), and every injury is felt thanks to the notably visceral sound design. The very nature of this chaos informs some pretty frenetic filmmaking, sometimes veering into the bewilderingly-clipped action editing that’s plagued the genre this century. Despite this—and the film’s slim running time—Free Fire does suffer from its lulls.

For being essentially a one-note action set piece extended to feature length, Free Fire delivers more often than it doesn’t. Placed in a dreary room with a peer—say, 2010’s likewise single-location, free-for-all, ensemble action-comedy Operation: Endgame—this movie undoubtedly comes out the bloodied victor. Wheatley is a skilled filmmaker with a lot on his mind, and it’s gratifying to watch his dedication to the craft used in service of something so silly. Having only the warehouse lights to illuminate his actors—and, apparently, Minecraft to design the set—lends a nice, rusty aesthetic in keeping with these scummy combatants and their era, classing up a script that has a joke about being shot in the ass. In someone else’s hands, watching bad people try to hurt each other might be a cynical, numbing slog. Admirably, Free Fire is a bullet-strewn hoot.