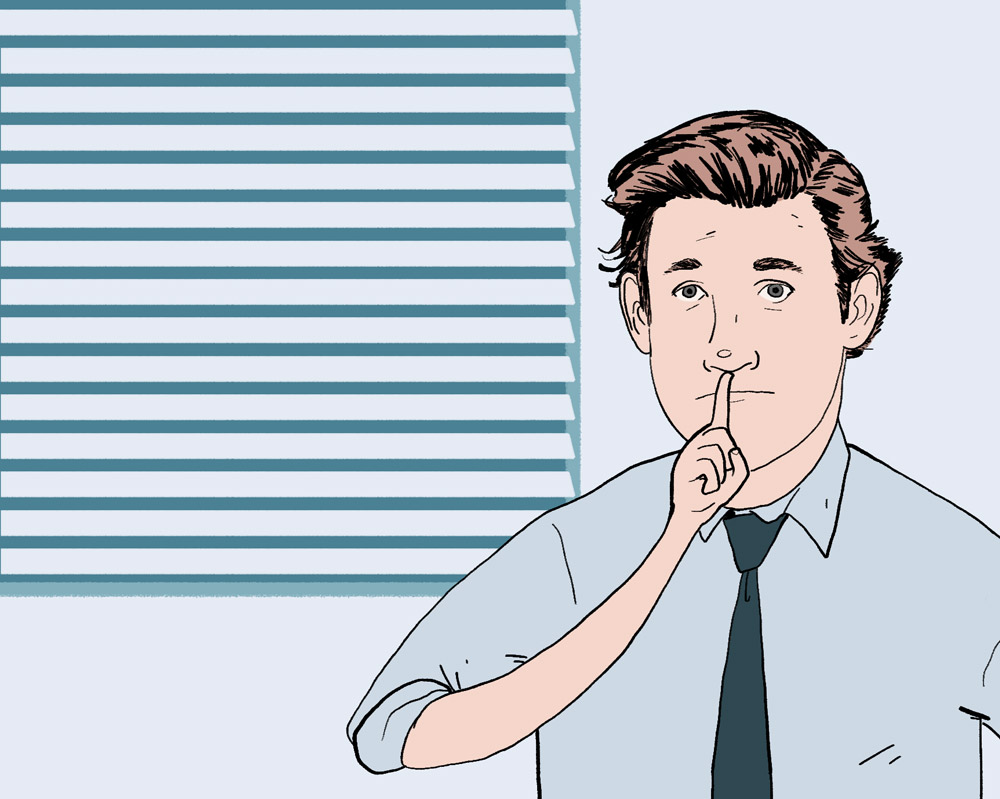 The trailers for John Krasinski’s A Quiet Place paint it as some sort of spring-loaded variation on the thoughtful horror of It Comes at Night, with both films featuring a small family in the wilderness fending off the half-explained threats of a dystopian world. While the latter, in typical zombie movie fashion, used a deadly global outbreak to explore larger themes of societal paranoia, the former opts instead for the straightforward genre thrills of living in constant fear of being killed by monsters. The hook here is that these (unnamed, unexplained, but quite often seen) murderous creatazoids hunt using supernaturally-acute hearing, forcing their human prey to exist in near-silence in order to evade detection. It’s a fairly solid gimmick retread (see: The Descent); too bad that A Quiet Place uses it to build little more than a perpetual tension machine.

Lee Abbott (John Krasinski) and his family have an advantage in this scary new world (tritely summarized by newspaper clippings and notes across many shots) of deadly consequences for making a sound: he, his wife Evelyn (Emily Blunt), and his son Marcus (Noah Jupe) already use American Sign Language to communicate with deaf daughter Regan (Millicent Simmonds). The Abbotts occupy their time with scavenging and safeguarding against the vicious predators outside; they walk on sand in bare feet, use light to communicate across long distances (the creatures are blind, purports one of the many expository memos), continuously soundproof their farmhouse compound, and prepare for the birth of the child Evelyn is carrying. As carefully as survivalist Lee has constructed his family’s hushed lifestyle, his (kind-of-shitty) kids still occasionally make some Prometheus-level boneheaded mistakes that, besides providing brief spikes of terror, combine into a nightmarish demonstration of entropy one day when the Abbotts find themselves separated and confronted by their noise-sensitive menaces.

The film, Krasinski’s third as director, begins promisingly enough as it establishes the high-concept premise and rules of its central conceit; the deliberately-paced, bleak images of a deserted rural town are accompanied by only the sounds of nature and the occasional muted whisper—punctuated by moments of startling silence from Regan’s point of view. Almost as quickly as the dread of this unique situation crescendos, though, A Quiet Place jettisons its subdued pretenses to the tune of its first of many on-the-nose musical stings. (The plaintive soundtrack intrudes quite a bit for a film about being silent—especially a cut from Neil Young.) What follows is a conveyor belt of jump-scare varieties (including the evergreen harmless-animals-mistaken-for-bad-guy bit) and a dutiful recitation of well-worn, corny (sometimes literally) creature-feature beats. (Close encounters with the sightless, inhuman foes owe an obvious debt to a certain Jurassic Park scene.) It’s a massive hoodwink that the preceding production logo for Michael Bay’s genre assembly line, Platinum Dunes, should tellingly forewarn.

As adequately entertaining as any predictable, crowd-pleasing, PG-13 horror fare, A Quiet Place boasts convincingly startled performances and thoroughly serviceable, unremarkable direction. Krasinski tries to maintain the (nearly tedious) tension level and cute gimmickry throughout his small-scale thriller, but the scares and sound tricks are gradually undercut by the laughable preposterousness of its slim story (exemplified by some ridiculously streamlined birthing and an anti-monster defense that makes Mars Attacks! look prescient). The whole thing feels like one of those Philip K. Dick short stories stretched into a thin feature (Screamers, in particular, comes to mind); at a shorter, terser length, it could’ve more effectively suspended disbelief in favor of terror. It’s odd that, in terms of Paramount’s recent, gloomy sci-fi-horror output, it’s the more interesting Annihilation the studio dumped onto Netflix in foreign markets. A Quiet Place is the one that that should be trimmed to fit in a Black Mirror binge.