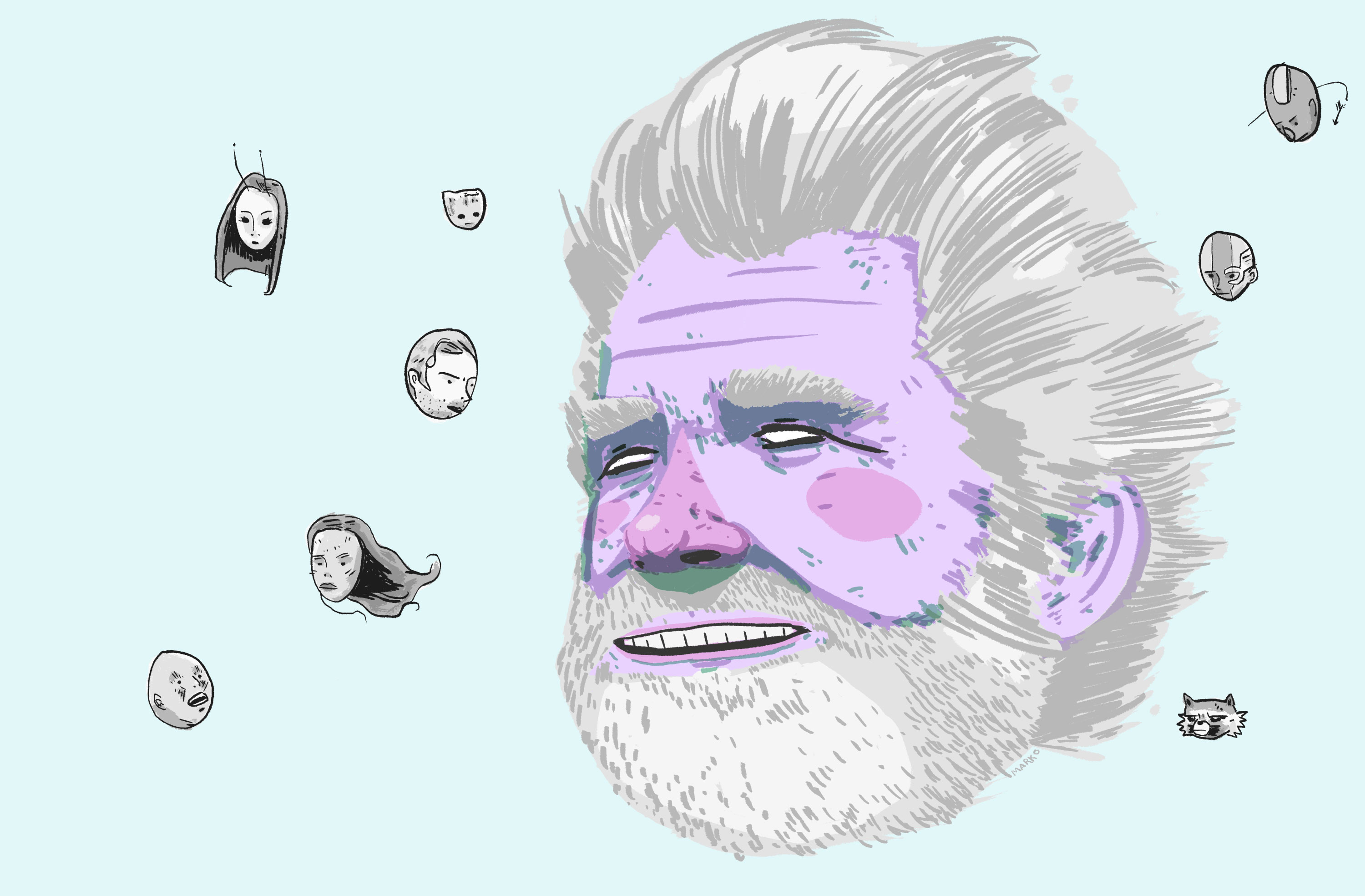 Blithely ignoring the supposed threat of the bursting superhero movie bubble, Marvel Studios remains content to continue churning out films, only to double down (Sorry, The Incredible Hulk) with a sequel just a few years later. They’ve got about three films slated to release each year—introducing new properties as recently as November’s Dr. Strange—but it’s these assembly-line second chapters that often prove to be the most curious entries into Marvel’s Cinematic Universe. They could just as easily end up a cluttered misfire (Iron Man 2) as a surprisingly thoughtful political thriller (Captain America: The Winter Soldier). Well, the improbable heroes of 2014’s Guardians of the Galaxy have returned for their very probable sequel, the cutely-named Guardians of the Galaxy Vol. 2, and it belongs nearer to the former camp. But Marvel’s exhaustive streak of solid entertainment remains intact, even if this second volume falls short of the disarming, considerable charms of its predecessor.

Peter Quill/Star-Lord (Chris Pratt), Gamora (Zoe Saldana), Drax (Dave Bautista), Rocket (Bradley Cooper), and Groot (Vin Diesel) are still everyone’s favorite spacefaring jerks, and their new adventure is so beholden to the spirit of the original that a title card places the main narrative back in the year of the first one’s release, 2014. Risking the common sequel pitfall of villain overkill, their antics this time incur the ire of Nebula (Karen Gillan), as well as both Yondu’s Ravagers and Ayesha’s Sovereign. The Guardians must cope with that violent fallout as well as the deep daddy issues between Quill and the godlike father, Ego (Kurt Russell), that he’s only just met. Expanding on the theme of family from the first, Vol. 2 spends a great deal of time on the Ego-Quill dynamic, while coupling up most of the remaining characters (Gamora-Nebula, Yondu-Rocket, and so on.) to see what happens. The plot’s a little diffuse, but the returning winning elements of Guardians of the Galaxy keep Vol. 2 merrily rolling along.

Dutifully following sequel procedure, Vol. 2 brings back everything that worked in the original while goosing it as much as possible. (That Baby Groot never spills over into full-on cloying is a small miracle.) The Guardians are still bickering at the most inappropriate times and in the most creative ways. The soundtrack is still rife with the best tracks available on a classic rock station, and they’re employed to alternately heartbreaking and hilarious effect. (The opening credits dance number is, like in the original, an immediate, giddy standout.) Though Vol. 2 may lean more heavily on comedy than the last one, the action is still the right kind of fanciful, with returning writer-director James Gunn handily making the best of his CGI budget. Aside from a few new faces and a more sophisticated rumination on family and relationships, this is very much the same Guardians of the Galaxy flavor from three years ago—mainly to its benefit.

By devoting most of attention to the Quill and Ego story, Guardians of the Galaxy Vol. 2 gets occasionally distracted from the stuff that is so beloved about both films. Even the always-effortlessly engaging Russell can’t save a (literally) meandering middle passage. Quill, Drax, and Gamora accept an invitation from Ego to go to his planet to learn about him and his relationship with Quill, making this section a big expository wasteland. Even with a few uproarious one-liners, this detour gets pretty damn talky. The action elsewhere with Rocket and Groot against the Ravagers proves a welcome relief. Things eventually pick up for a deliriously imaginative large-scale confrontation (though Gunn could’ve done better than the usual “destroy the universe” plot and twin bomb/battery MacGuffins) and some truly emotional beats for these lovable misfits.

Guardians of the Galaxy Vol. 2 is essentially a Xerox, but it’s a fairly good one. The hugely likable cast, old and new, sell the crap out of this screwball material that’s very nearly as good as the first film. The action is still fun, the emotion is still shockingly heartrending, and the jokes are still funnier than a lot of what you find in an outright comedy. (Gunn pulls off the world’s longest, most expensive Asteroids joke, and it elicits more laughs than all 105 minutes of Pixels.) As expansive as some of its ideas are, it’s a pretty safe sequel, and for that it is only a minor disappointment. It could have been better, but hey, at least it didn’t have Mickey Rourke and a cockatoo.