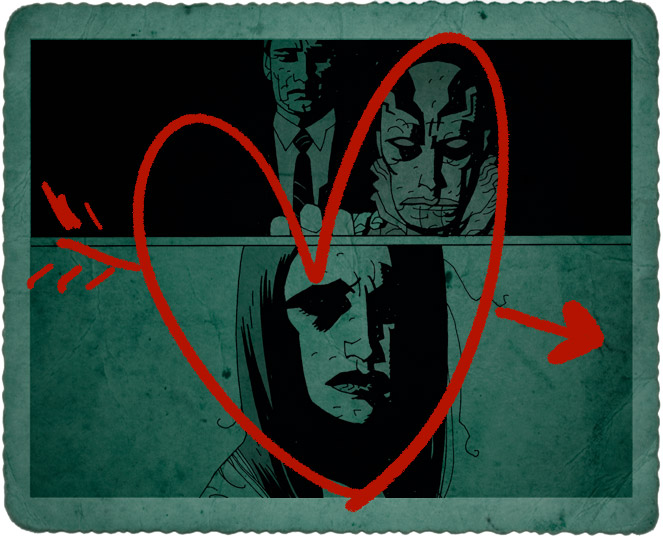 Guillermo Del Toro has always owed a bit to Jean-Pierre Jeunet, both directors finding beauty in oddballs and the slightly grotesque—as exemplified in their shared fondness for Ron Perlman’s face. The Shape of Water is his biggest encroachment, though, del Toro plucking from Delicatessen‘s waterlogged, artfully run-down apartments and green-hued bathtubs, and from Amelie‘s stringent palettes, French bistro accordion soundtrack (compliments of authentically-Parisian Oscar-winner Alexandre Desplat), and the quirky romantic charms of its otherwise mousy lead. But it’s a film that’s just as much del Toro at his most Ron Howard, the director (and also writer) plucking the mer-person romance and government facility escape of Splash and filling it with his own uniquely empathetic monstrosity. And, in step with Bong Joon-ho’s Okja, it’s the second R-rated, female-led E.T. of sorts to find itself as one of the most unlikely best films of the year.

Like del Toro’s Pan’s Labyrinth—arguably his last truly remarkable film—The Shape of Water is backdropped by the looming threat of war; a period piece made also out-of-time thanks to its fairy tale fantasy and off-kilter artificiality. Set in Baltimore in the early ’60s, the film somehow manages to twist the Cold War space race into a cloak-and-dagger enterprise wherein the U.S. and U.S.S.R. fight to recover the first fish… man… thing. Ostensibly, either country could learn from the being’s strange, semi-amphibious biology, finding a way for man to breathe in space without oxygen. Or something like that. It’s not really important, honestly, because we have some lady-on-fishguy fucking to get to.

A silent but magnetic Sally Hawkins stars as Elisa, a mute cleaning woman in a scientific government facility plucked straight from a first-person video game—generic but detailed enough that you buy that blood and freaks would burst out from behind doors. She spends her days mopping up the gross bathrooms and dusty floors, quietly taking in the chatting of her friend Zelda (Octavia Spencer). The arrival of our much sought-after fish-man—kept in heavy captivity—also brings to them Michael Shannon’s Strickland, a cruel, sinister (with Shannon, how could he not be?) government enforcer fixated on torture and intimidation. Elisa manages to stave off the gross (and now quite timely) advances of Shannon’s menacing higher-up, but she finds herself taken with the new, scale-covered captive (the lithe, ever-gesticulating Doug Jones, previously seen as a del Toro merman playing body double for Hellboy‘s Abe Sabien). Over eggs, as anyone bonds, she and the Creature from del Toro’s Lagoon form a silent friendship that blossoms into romance as the inevitable escape plan from those government bastards plays out.

Del Toro already dealt with monster-on-human-outcast love in Hellboy, but in servicing that film’s would-be blockbuster plot, its red right-handed blow never fully landed. Granted a far more straightforward tale (probably del Toro’s most straightforward ever), The Shape of Water manages to be convincing if broadly stroked. Though this is maybe the fewest CGI- and latex-built horrors del Toro has ever put on screen, it’s most solidly focused on his recurring theme of outcasts looking for humanity and companionship. Elisa has a disability; her neighbor/friend Giles (a typically wonderful performance from Richard Jenkins) is gay; Zelda is black; and in the early 1960s especially, they’ve all been made lonely outsiders taking shelter in each other. The arrival of a literal non-human weirdo is an obvious allegory, but in the removed setting of this fantastical context, it’s so earnest that it’s hard not to feel for everyone involved.

Maybe Guillermo del Toro’s trick is that he immediately submerges you in his world—first literally, beginning the film with a sub-aquatic sequence, and after that keeping his audience forever doused in heavily-designed underwater teals, even when he’s explicitly calling this palette out. But if you’re willing to drown in his over-the-top, black-and-white (or rather, teal-and-jaundiced-brown) world, you may just find that The Shape of Water is his masterpiece—hidden in the blue-green depths of where it turns out the fish-guy tucks his aqua-penis (seriously).