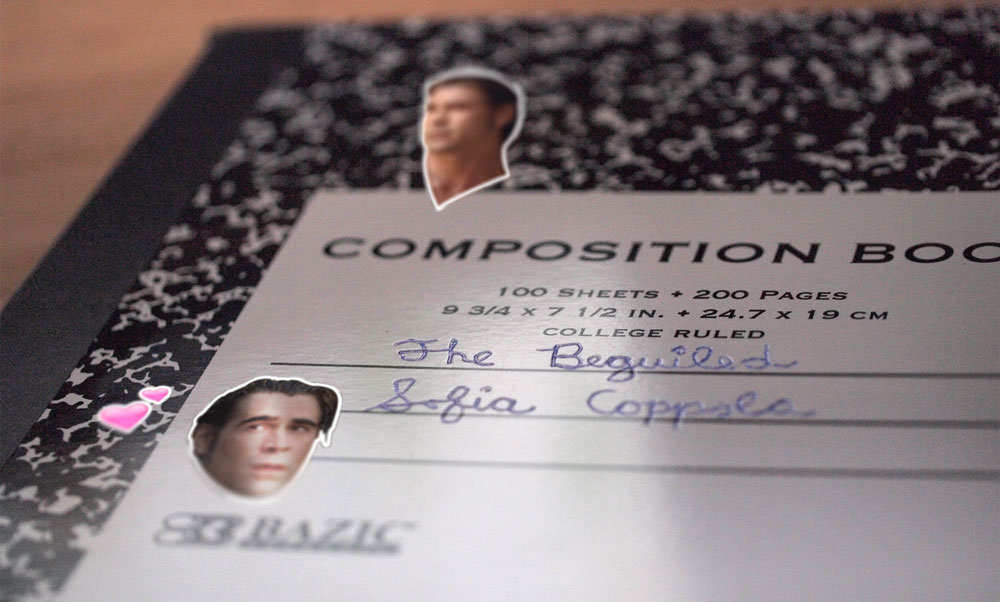 From its opening shot, The Beguiled is visibly Sofia Coppola’s take on Thomas Cullinan’s 1966 Southern Gothic novel. Like Coppola’s debut feature, The Virgin Suicides, the film deals in dreamy shots of pretty blondes, scattered sunbeams, and washed-out, Instagram-ready colors that lend an elegant wistfulness to every contemplative frame. Yet it’s also missing many of the artistic flourishes that’s made Coppola such a standout of her generation. (One example: the score was composed by Phoenix, Coppola’s husband’s band and a frequent stand-out on her soundtracks, though you’d never know it from its workmanlike sound.) It’s her most straightforward effort, and maybe even her most mature, but consequently, it may also rival Bling Ring for her least memorable.

Boasting a plot just as ready for a sitcom (or a Tommy Lee Jones comedy) as it is the brooding, psycho-sexual drama it’s been adapted into, the film centers on a Civil War-era Southern school, its all-girl students and staff, and the Yankee soldier they’re nursing to health. One of the younger girls finds the man (Colin Farrell, in a refreshing case of him using his natural accent) bleeding out of a leg wound in the woods. She brings him back to the Miss Martha Farnsworth Seminary for Young Ladies, where the eponymous headmaster (a very strong Nicole Kidman) decides to take him in. Almost immediately, the entirety of the estate become smitten with Farrell’s laid-on charms and smoldering good looks. (In a rare treat for the female gaze, the The Beguiled‘s infrequent close-ups are used to linger on the Irish hunk’s sensual cleansing at Kidman’s tentative hands.) Unsurprisingly, the group’s sexually-mature members—Kidman, with reliable Coppola collaborators Kirsten Dunst and Elle Fanning—take a particular interest in this emotively-eyebrowed guest.

It’s a premise tailor-made for a male fantasy played out in a lightly-erotic relationship video game from Japan. But The Beguiled has more in common with a horror film than it does an anime-inspired dating sim. It’s candidly gruesome, surprisingly bloody, and through even its most beautifully-painted shots lingers an undercurrent of uncertain terror (frequently given audible life in the rumbling bass of nearby battles). But what makes this film more unsettling—and, adversely, harder to care about—is its lack of distinct protagonist.

The film almost plays out as a series of vignettes, complete with fades to black. There’s not exactly a figure we follow, and both sides of the conflict are only a moment away from becoming the bigger villain. Miss Martha and her residents possess an undeniable, puritanical creepiness; at times, they almost veer into Misery territory. Farrell’s Union solider, meanwhile, is even less likable a lead, his smarmy charms descending into a deserved takedown of male toxicity when fearing (very-near explicit) neutering by a strong woman. Both sides exist in a deep grey that’s compelling in its human realism but not so swell for driving a melodramatic genre picture.

The Beguiled was previously adapted in 1971 with a film that will live in infamy for having Clint Eastwood lock lips with a 12-year-old he insisted was “old enough for kisses.” Coppola’s remake never nears that film’s lurid pulpiness, but at times you’ll wish it did. Its best passages push that way into darkly comic moments that are disappointingly rare. Highlights include scenes of jealous in-fighting, matter-of-fact gore, and a sequence with Farrell, sweaty, hair strands falling into his face, playing out what’s basically a hilariously-chaste, 1995 Diet Coke commercial done 131 years ahead of its time. Those are the lustful looks of what could have been that audiences will moan for more of.