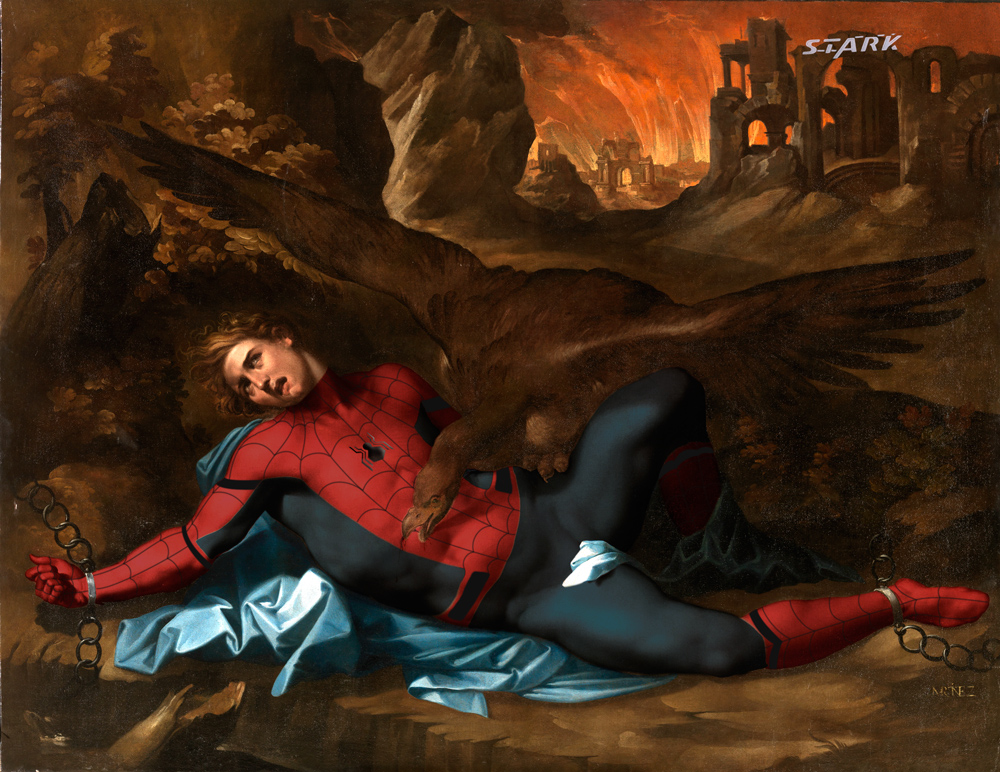 First glimpsed in last year’s Captain America: Civil War, the latest step in age regression—and induction into the Marvel Cinematic Universe proper—for everyone’s favorite wall-crawler finally gets the full-length feature film treatment in Spider-Man: Homecoming. Marking the second reboot of Sony’s treasured-but-uneven franchise in a decade, this version of the character hews closer to the source material than its predecessors, in a film that firmly adheres to the Marvel Studios formula—for better and for worse. Homecoming washes away the dismal taste (read: no more moping or go-nowhere overarching mystery) of Marc Webb’s pair of Amazing films, while not quite reaching the dizzying heights of the best of Sam Raimi’s trilogy. More than rebooted, this is a Spider-Man refreshed and reasserted.

Since the events that saw him aiding Tony Stark (still Robert Downey Jr.) and company in a large-scale airport battle, Peter Parker (Tom Holland) has since been waiting for the next moment that he’ll be called up from the minors to steal scenes. A teenage boy above all else, Parker impatiently bides his time by pining after a high school classmate (Laura Harrier), vexing his superhero and civilian caretakers (Jon Favreau and Marisa Tomei, respectively, reprising their roles from previous Marvel efforts), and enthusiastically if clumsily stopping the minor crimes of Queens in a souped-up Spider-Man suit gifted by Stark. (A montage set to an instrumental version of Spoon’s “Underdog” slyly hammers home Peter’s plight.) Parker eventually comes upon a black market weapons sale orchestrated by Adrian Toomes (Michael Keaton, initially evoking his frustrated foreman of 1986’s Gung Ho). An arms dealer embittered after Stark shuttered his salvage company, he and his team have been continuing to retrieve the fallen Chitauri technology (a là Marvel One-Shot Item 47) from the Battle of New York, adapting it into powerful weaponry of the generic, glow-y laser variety (a là Captain America: The First Avenger). With the help of fellow brainy nerd Ned (Jacob Batalon), and against direct mandate from Stark, Parker takes it upon himself to end Toomes’ nefarious (and, this being a Spider-Man movie, sometimes sympathetic) machinations—all while coping with the high school trappings of gym class, dances, bullies, extracurriculars, and, most of all, feeling like an outcast.

Like its title character, Spider-Man: Homecoming often takes on more than it can handle, defying Stark’s advice to “stick to the ground” when it really shouldn’t. The film’s down-to-earth, decidedly-unheroic high school passages are what really shine—especially a dance of wits with fellow social pariah Michelle (a wonderfully sharp-tongued Zendaya) and a clever reimagining of bully Flash Thompson (Tony Revolori)—courtesy of comedy veterans John Francis Daley and Jonathan Goldstein’s first pass at the script. The preoccupation with previous Marvel lore—a likely byproduct of four other (credited) screenwriters retrofitting the script for the MCU—sometimes overpowers the funny, awkward material that makes this Spidey so endearing. The looming Stark Tower casts a broad shadow that darkens such lightness as Spider-Man lifting his mask to eat a sandwich.

For his part, Tom Holland certainly makes his mark as our third Friendly Neighborhood Sony-Deal. He exhibits a genuine, youthful eagerness and excitability that his increasingly-brooding predecessors rarely showed. He’s the Peter Parker most like the iconic character Steve Ditko and Stan Lee dreamed up back in 1962—a teenager trying, and often failing, to mature as both a man and a Spider-Man. Michael Keaton, meanwhile, continues in the Marvel tradition of not-quite-memorable villainy. In his eventual Vulture getup, his performance is often obscured by a helmet not nearly as emotive as the eyes on Holland’s inspired mask. True to reputation, Keaton makes the most of what he’s given, relishing Toomes’ vicious sneer as much as his fatherly, blue-collar detours. But given the actor’s strong costumed history, his talents go somewhat misspent. (Making up for that in quantity, Michael Chernus, Donald Glover, Logan Marshall-Green, Michael Mando, and Bokeem Woodbine appear as various C-list Spider-Man villains, albeit mainly in their civvies.) Director Jon Watts already explored villainous father figures and kids in way over their heads with his prior features, Cop Car and Clown, and he again shows a knack for those themes here. Watts makes Homecoming as bright and energetic as his hero, but his film’s aesthetic is ultimately almost indistinguishable from any other Marvel cinematic property—which is to say, it’s perfectly fine and predictably on-brand.

Homecoming may deliver the best Spider-Man yet to hit screens, but in toeing the company line, it’s rarely the best Spider-Man movie. It’s overstuffed with beats it has to hit—and overlong at more than two hours—and the really engaging, hilarious material (such as a version of Aunt May that’s more akin to Missy in the Bill and Ted films) is at constant odds with the distracting white noise of callbacks and glowing blue CGI nonsense now implicit in any Marvel entity. Spider-Man’s story has always been about being pulled between two forces, be they power and responsibility, normal life and superhero life, different girls or different sides of New York City’s out-of-control public transportation. But strained between a compelling reboot and a massive, interconnected franchise, Spidey may have stretched himself a bit too far with this one.