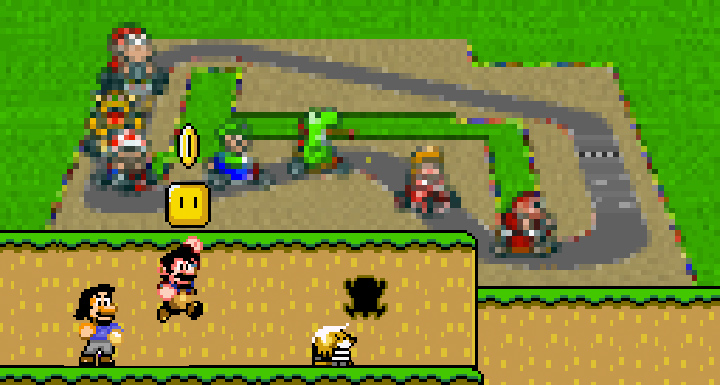 Late in Steven Soderbergh’s new heist film, Logan Lucky, someone in a newscast labels the crew “Ocean’s 7-Eleven.” It’s a meta wink from the director responsible for the Ocean’s trilogy, finally putting to words what everyone who saw the movie’s trailer was basically already thinking. Yet while it would be easy enough to just label the film a backwoods Ocean’s entry, Soderbergh manages more than simply transposing the setting and characters to the South. Set in West Virginia, Logan Lucky fully takes to the aesthetics of below the Mason-Dixon line. The fancy suits, limos, and glitz of the Ocean’s series are traded for camo, pickups, and wood paneling. The lighting now drifts into the unprofessional, letting the hot Southern sun throw details into either blown-out hot points or shadows. And the always-effervescent pace of the Clooney films has been traded for something more like Logan‘s recurring John Denver track, “Country Roads” (the second unexpectedly delightful use of Denver this year)—languid and meandering, yet always rollicking along and catchy enough to hold your attention. It’s the country-boy criminal film the Dukes of Hazzard movie could have been. But yeah, it’s basically Ocean’s 7-Eleven.

Magic Mike lead Channing Tatum stars as Jimmy Logan, Soderbergh’s latest masterminding thief with a heart of gold. He’s a loving father and brother, and a supernaturally genius criminal mastermind, even as he hides his genius beneath a laid back demeanor and a bent cap. Thanks to a limp that makes him a liability for manual labor, he’s laid off from an underground construction job at Charlotte Motor Speedway. Wanting to be able to support his young daughter, who spends most of her time with his ex (Katie Holmes) and her well-to-do husband, he devises a new, wildly elaborate plan to get some money from CMS: clean out the NASCAR track’s vault by way of its subterranean pneumatic cash system.

To accomplish this task, Logan recruits a core team consisting of his one-handed brother, Adam Driver’s Clyde, and an incarcerated demolitions expert, Daniel Craig’s Joe Bang. Just as Clooney’s Ocean turned to fellow A-list handsomes Brad Pitt and Matt Damon, Tatum’s Logan relies on fellow charmers who exist right in the middle of the spectrum between male model and de-evolved cretin. Logan’s sister, Mellie (Riley Keough), and the Bang Brothers (not those) fill out the robbery entourage.

In varying levels, all these characters follow the Coens’ O Brother, Where Are Thou and Ladykillers path South, veering into varying levels of always-enjoyable cartoonish-ness. To balance that, Logan also adds in some non-Southern support that goes just as broad—a ridiculously health-conscious race car driver (Sebastian Stan) and a British energy drink baron (Seth MacFarlane, going as big as in his animated work, but now in the wig and fake mustache of a Weird Al porn parody). Katherine Waterston and the underused Hilary Swank—the two-time Oscar-winner was last on screens in 2014, if you were wondering—fill all-too-brief, scarcely necessary roles as the only straightforward professionals in this thing.

The results are undeniably a greater takeaway than what “Ocean’s 7-Eleven” suggest. Even lumped in with Clooney’s scores, it may be the best outright film of them all. It’s a fun heist of both small and large scale, always a step ahead, dazzling you with its mechanics by keeping you in a bit in the dark with how they work until the end. But to belabor the Ocean’s comparison, it also shares in that trilogy’s tendency to make you suspend your disbelief and just nod along with its contrivances and under-explained rationales. (That so many scenes take place in view of gas station convenience stores almost feels like a nod to Logan‘s many glaringly convenient elements.) Though the movie’s climax takes place in the background of a the biggest stock car race of the year, its most true-to-NASCAR bit may be Soderbergh asking you to just let him run the requisite few-too-many-laps so you can, just as you near boredom, thrill in a spectacular crash, a shocking change in who’s ahead, or the final crowning of the winner—complete with celebratory drinks and cash prize. Likewise, damned if this thing isn’t tailor-made for being enjoyed on TV one lazy weekend afternoon.