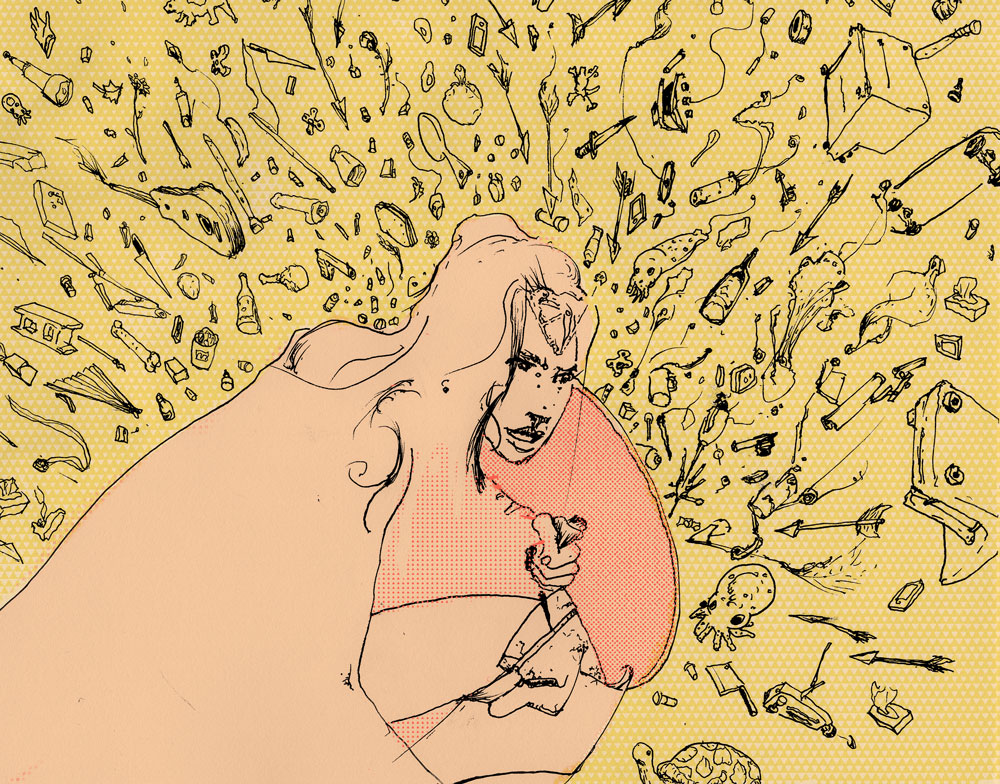 The third of Warner Bros.’ latest conjoined series of DC superhero efforts, Wonder Woman is undoubtedly the strongest entry, even as it’s equally an uneven patchwork of pastiches—some of which work much better than others.

Bookended by clandestine trade-offs and emails from Batman (already the most needless and immediately-dated carryover one could imagine), the film gives the backstory for Gal Gadot’s Wonder Woman, as first and last seen ham-fisted into Batman v Superman: Dawn of Justice. The first act is like a Game of Thrones spin-off pilot in its tedious set-up of mythology and overly-thorough establishing of where they’ll go with the character. In short, Diana (the title hero’s down-to-earth real name, and the only one she’s actually called here) is revealed as the daughter of Zeus—and is very heavily implied to be the only being capable of beating Zeus’s only other surviving scion, the war-loving Ares. She’s also the only deity in her all-woman community of amazonian, battle-ready women, who have trained her to become the best fighter of all of them. Despite the Russ Meyer-ready premise, it’s often a lot more dull than it sounds.

Diana eventually finds contact with the outside world through Chris Pine’s ever-charismatic Steve Trevor, a British-by-way-of-America spy who nearly drowns on her shores. After some lengthy scenes with her lengthy magic rope and his claimed-lengthy penis, she joins Trevor in going to World War I’s battlefront, where she hopes to battle Ares in the flesh—even while we don’t exactly know (or necessarily care) what that means.

Directed by Patty Jenkins, whose last theatrical feature was 2003’s acclaimed Monster, the film doesn’t reveal much rust in her talents. She finds a solid middle-ground between the tone-deaf, style-over-substance take of her Warner counterpart, Zack Snyder, and the high-key, willfully-interchangeable look of Marvel’s superhero lineup. She creates some iconic tableaus on par with Snyder’s most defensible work, and cinematographer Matthew Jensen lets several night scenes lurk almost worrisomely into a midnight-blue obscurity. Goofy red-and-blue costume removed, Wonder Woman looks more like a proper film than pretty much any peer since Christopher Nolan’s era of Batman.

Despite this distinction, Wonder Woman will inevitably draw comparisons to Captain America: The First Avenger, another World War-set origin story introducing a star-spangled hero, their time-restricted love interest, and their jump to modern day with their awesome shield. That film was directed by The Rocketeer‘s Joe Johnston, and like him, Jenkins draws heavily from Steven Spielberg’s varied examinations of war. Like with Johnston, she draws chiefly of the jaunty Indiana Jones sense of adventure, and its pulp cover-ready, manicured embodiment of uniformed German villainy. To her benefit, though, she also draws from the Saving Private Ryan manual of horrifying depictions of the front lines, but that’s still nowhere near the end of Jenkins’ sometimes admirable nods to what’s come before.

Sadly, in aping the leaden mythology of Thor’s homeworld; the abruptly-powerful, glowing-faced villain of Iron Man 3; and the visually bombastic, schmaltzy finale of so many big-budget blockbusters, Wonder Woman falls flat. But in leaning on the screwball two-handers of yore (i.e. It Happened One Night), and supernaturally fish-out-of-water rom-coms like Splash and Kate & Leopold, the film finds an incredibly enjoyable second act that mixes war ensemble with the aforementioned genres. By way of that, its romance may be the most deserved and enjoyable of any single superhero film to date. If Spider-Man still has the most memorable kiss, then this has the most rooted-for.

At the same time, Wonder Woman fans may be upset to learn that her film belongs to her in name more than practice. Like The Fifth Element, Wonder Woman often lets the naïve, super-powered, loosely-titular star falls to the wayside, while the more down-to-earth, gun-toting blonde man becomes the lead. Even if Diana leaves the film an empowered, matured, thoroughly-likable character for the franchise’s future, she literally flies away from it as almost a supporting character, whose future as a protagonist feels almost like it belongs to a spin-off series. In the end, Wonder Woman is a decent-enough movie, but as far as a specifically Wonder Woman movie goes, it’s still lacking—and that’s without getting into its completely dismissible villain(s). (A better God-born superhero film than Thor shouldn’t have a villain far less likely to ever show up again.) This film does offer hope for future entries in the shaky DC Cinematic Universe, though. That may be the biggest wonder of all.