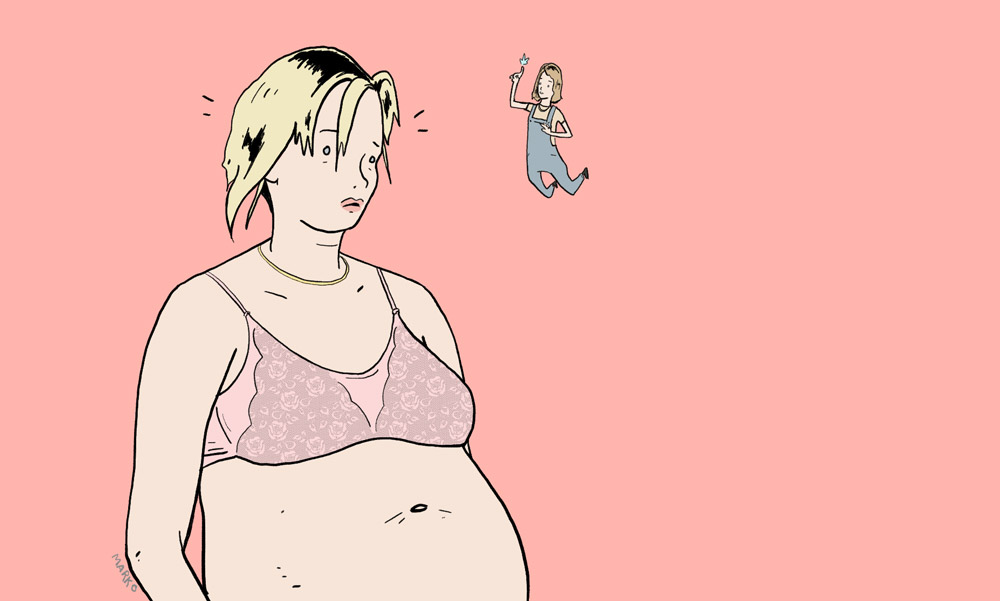 Every five years or so, screenwriter Diablo Cody and director Jason Reitman realize their solo work never outshines their duets, and they dutifully check in with a witty, poignant portrait of a strong woman grappling with Big Life Issues. Following a pregnant, teenaged Ellen Page in Juno, and a poisonously-stunted, 30-something Charlize Theron in Young Adult, Cody and Reitman have re-teamed with Theron for the next logical step: an honest look at the stresses of motherhood in Tully. Destined to never compare to the black comedy of their last effort, the three-way collaboration this time opts for a more subdued path—though one that’s punctuated with catastrophically regressive missteps.

Tully’s ambitions are—satisfyingly—more modest and grounded: Marlo (a harried but not quite Monstered Theron) has her hands full making a home for her two kids (Lia Frankland, Asher Miles Fallica) and pleasant dope of a husband, Drew (Ron Livingston), when the impending arrival of a third child proves to be too much for the already-taxed mother and wife. Thankfully, her brother Craig (Mark Duplass)—a schmucky mirror of Drew—possesses a convenient wealth that allows him to gift Marlo a night nanny—a caretaker to help with the children overnight, so that Marlo can get some much-needed rest. Like a Manic Poppins Dream Girl, Tully (Mackenzie Davis) shows up and immediately starts tending to not just the children but Marlo’s stale marriage and stifled sense of self-worth. A fascinatingly generous character, the free-spirited and upbeat Tully strikes a friendship with her wistful, overdrawn boss, helping Marlo and family recapture enough joie de vivre to smile through a life-affirming karaoke rendition of “Call Me Maybe”during the film’s placid, conflict-free middle passage. But Tully eventually grows anxious with its picture of blissful motherhood, reaching over this beautiful baby-bump to shoot itself directly in the foot.

In its third act, the film upends its slice-of-life delights, abruptly turning high-concept as it ruminates on lost youth in the most on-the-nose way possible. Annoyingly, Reitman drops hints of a (literal) swerve late in the narrative (a certain Nancy Sinatra song; a conversation about the Ship of Theseus), but it doesn’t completely undo some of the solid work he and his stars do. In addition to some periodic, uncharacteristically surreal imagery, Reitman uses sly editing to compare the cyclical oppressiveness of child-rearing to drug abuse in one sequence, while using an entire Cyndi Lauper album to denote the passage of time in another. Ever the master of a rainy suburban autumn, Reitman smartly echoes the early naturalistic approach of father Ivan, allowing Theron and Davis the room to be engagingly believable as two dynamic women forming an unlikely bond.

Tully is as sweet and bordering on too-clever as you’d expect from Cody and Reitman—until it’s not. Theron, ever game for sacrificing her glamour to this pair, imbues Marlo with a lived-in humanity in stark contrast to Young Adult’s psychopathic Mavis, but that warm realism is overshadowed by some needlessly wrong notes by the film’s end. The out-of-left-field third act is symptomatic of Tully’s problematic attitude toward the emotional toll of being a mom—and of mental health (her son is on the autism spectrum) in general—dampening what is otherwise a nice, understated character study. Like a store-bought greeting card, Tully is a lovely thought cheapened by thoughtlessness.