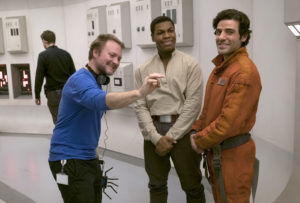 Five years since obtaining Star Wars by buying up Lucasfilm, Disney has now managed to obtain even more Star Wars by also buying up Rian Johnson. Lucasfilm has just announced that they’ve signed their Last Jedi writer-director to return to their galaxy far, far away for three more Star Wars films. It’s said this new trilogy will be set apart from the ongoing original saga that Disney still plans to drag out for quite some time. Johnson is confirmed to be writing and directing the first of these movies. For now, though, he’s only “shepherding” the following chapters, joining so many other aging dorks shouting “more lightsabers” from the sidelines.