More than a decade after making his villainous turn in 2006’s The Shaggy Dog his last truly reprehensible screen role, Robert Downey Jr. is for some reason returning to the world of half-century-old, animal-heavy remakes. Downey will reportedly star in Universal’s The Voyage of Doctor Dolittle, a new adaptation of the ’20s children’s books originally brought to the big screen in the 1967 musical Doctor Dolittle. Gold and Syriana writer-director Stephen Gaghan will direct from a script he has re-written. 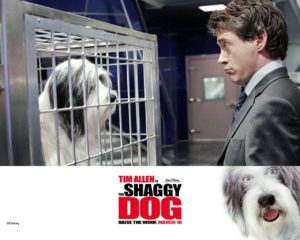 Doctor Dolittle, the man who talks to animals but is not clinically insane, was last brought to theaters in 2001’s Eddie Murphy sequel Dr. Dolittle 2. The concept has since been reprised in several more direct-to-video movies, though—Dr. Dolittle 3, Dr. Dolittle: Tail to the Chief, and as recently as 2009’s Dr. Dolittle: Million Dollar Mutts, which had a dog wearing sunglasses on the cover.

It remains unclear why, after so many massive Marvel payouts, Robert Downey Jr. would feel the need to do this. It’s similarly unclear why we aren’t just letting Mark Wahlberg do this as the sure-to-be-biggest Saturday Night Live film yet.