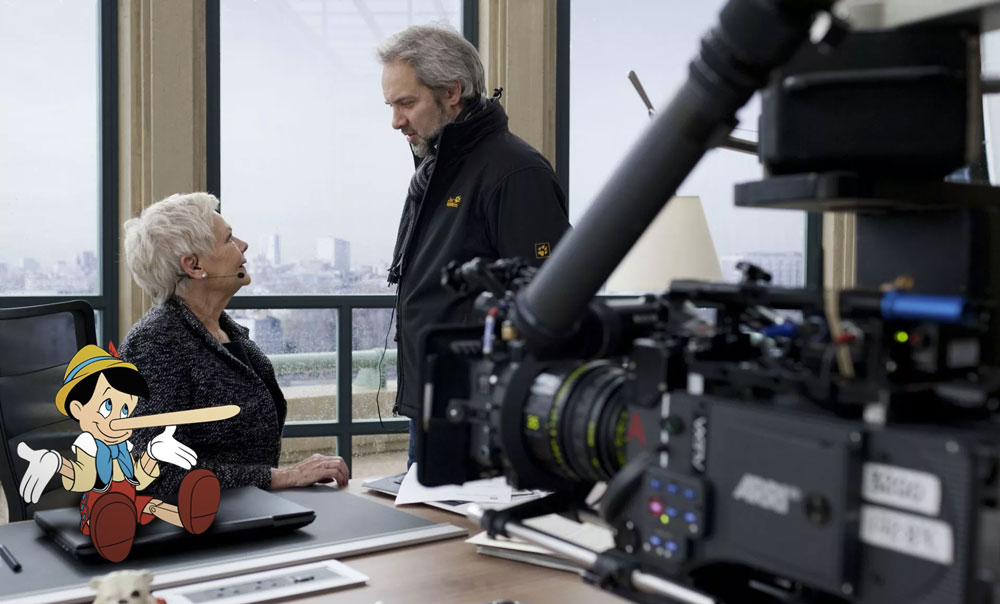 In translating so, so many of their animated classics into live-action films, Disney has not been skimping on the directorial talent. They got Kenneth Branagh for Cinderella, Bill Condon for Beauty and the Beast, Jon Favreau for The Jungle Book and The Lion King, Niki Caro is doing Mulan, Guy Ritchie is taking on Aladdin, and Tim Burton doing Dumbo after he already kicked this whole thing off with Alice in Wonderland. But, for whatever reason, the studio is really going for it with Pinocchio.

Nearly two years ago, Disney was in talks with revered director Paul Thomas Anderson, hoping he might follow-up some of the greatest pieces of modern cinema with a movie about a wooden effigy that talks to a suit-wearing cricket about his designs on becoming human. That ended up not working out, but Disney has not given up on getting an acclaimed, unexpectedly-dark, rising-icon (circa 1999) on their latest Pinocchio adaptation. Now, they apparently want American Beauty and Skyfall‘s Sam Mendes to do it.

According to Deadline, Mendes has followed MF’n PTA in starting talks with Disney to direct the puppet-boy film. It’s noted, however, that these negotiations are still early. They studio may yet have to, what, next try to get Spike Jonze to make this his marionette follow-up to Being John Malkovich?