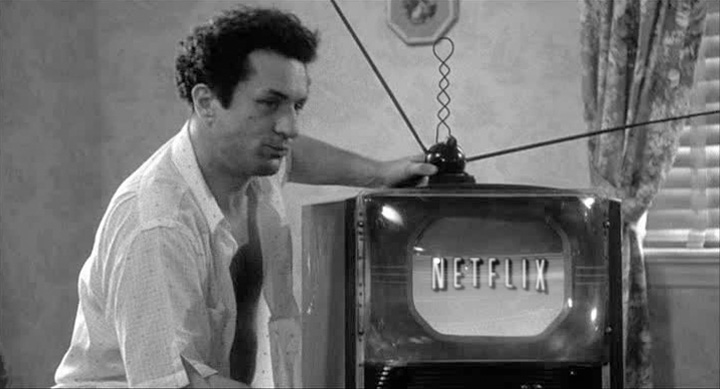 The movie was originally set up at Paramount back in 2008, but according to Deadline, it was likely dropped due to Silence‘s commercial failure and a budget that rose to $150 million. The reason for the blockbuster-level price tag: De Niro will play the titular mob hitman as a younger man through much of the film, and the plan is to use pricey computer effects to de-age the wizened features of him and other actors—Al Pacino and Joe Pesci among them.

Now, with Netflix footing the CGI plastic surgery bill (the original financier, Silence producer Gastón Pavlovich, is apparently also out), The Irishman is set for a 2019 release—straight to Netflix on the same day it hits theaters for a limited, Oscar-qualifying run. It’s either going to be a masterpiece combining top talent and technology or a horrifying spectacle of smoothed-out, not-quite-human old men. Either way, it should prove fascinating.