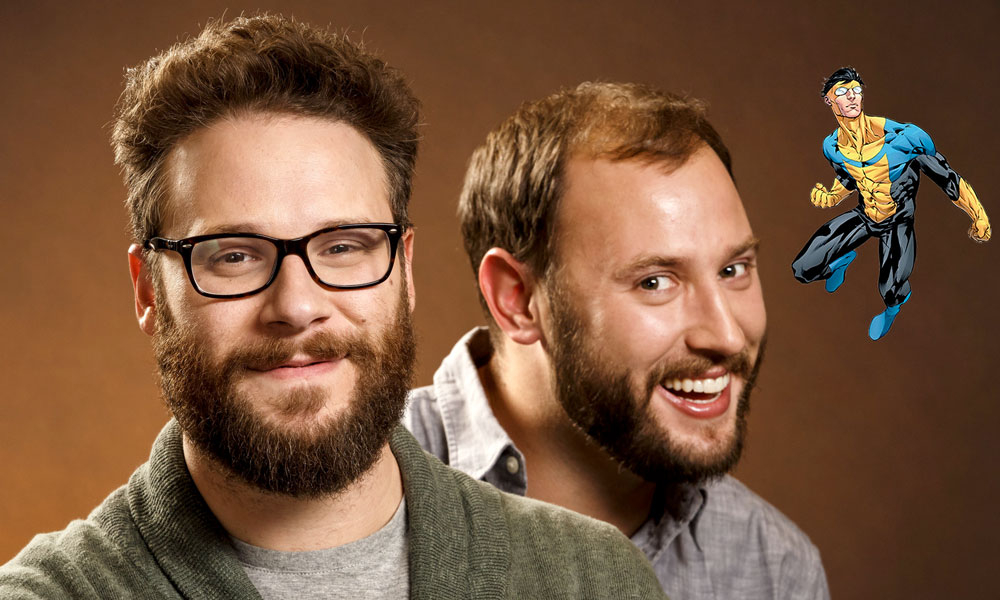 Green Hornet writers and Preacher creators Seth Rogen and Evan Goldberg are returning to the world of dorky stuff you get teased about liking. According to THR, the two have signed on to write, direct, and produce Universal’s adaptation of the ongoing comic series Invincible. The Walking Dead‘s Robert Kirkman created the comic in 2003 and will co-produce the film, which will focus on “a normal high school student with just one difference between him and his peers—his father is the most powerful superhero on the planet, and he, too, will inherit his own set of superpowers.” At last, the story of Arnold Schwarzenegger’s kid will be told.