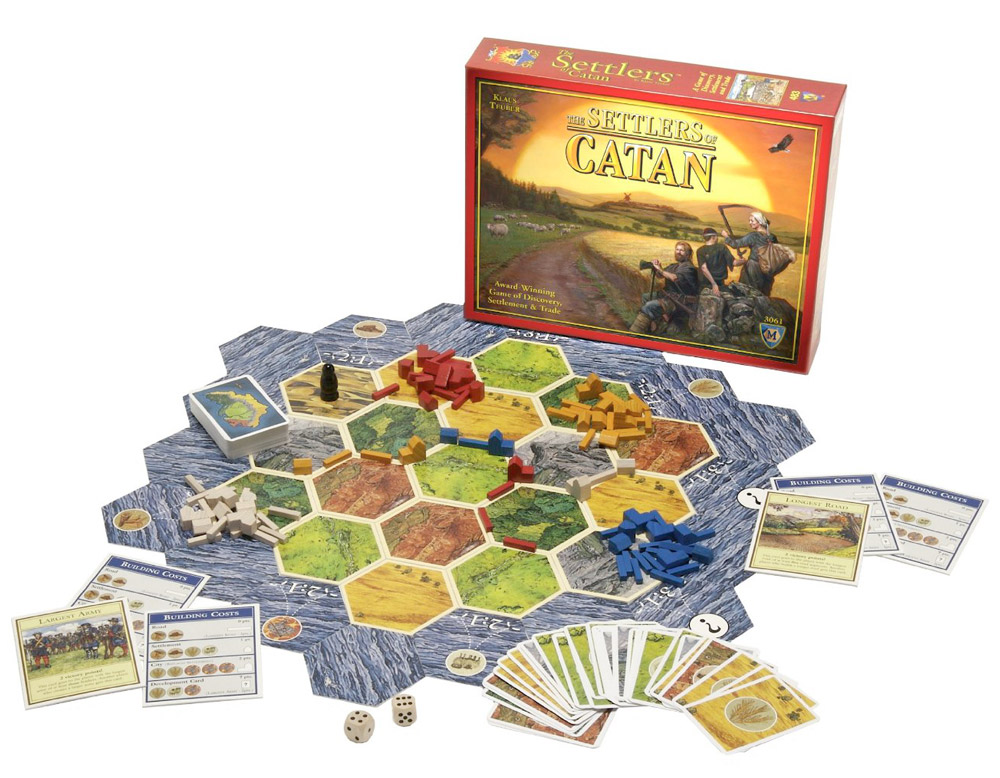 The exchange of bricks for wool has always made for compelling filmmaking. Be it in Lawrence of Arabia, watching Peter O’Toole travel to a sand hex to negotiate some sheep for all the bricks he’s got, or in The Godfather, hearing Marlon Brando’s immortal line, “I’m gonna make him an offer he can’t refuse: two wools for one brick,” the trade of organic textiles and clay chunks has always captivated audiences. So who can blame Sony Pictures for wanting the movie rights to the world’s most popular game based on that very concept?

According to Variety, Sony is in talks for the rights to a film adaptation of Settlers of Catan, the popular German board game that sees players in the role of settlers exchanging wool, bricks, and yes, additional simplified resources. Producer Gail Katz, who already moved a crude wooden man from board to screen with Pawn Sacrifice, is heading up the project.

It’s said “the studio is fast-tracking the project toward production with the goal of launching a possible franchise,” but that’s probably all talk. As anyone who’s tried to start a regular board game night knows, Sony will be lucky to get a single Catan going before scheduling conflicts build and their development email chain just kind of peters out.