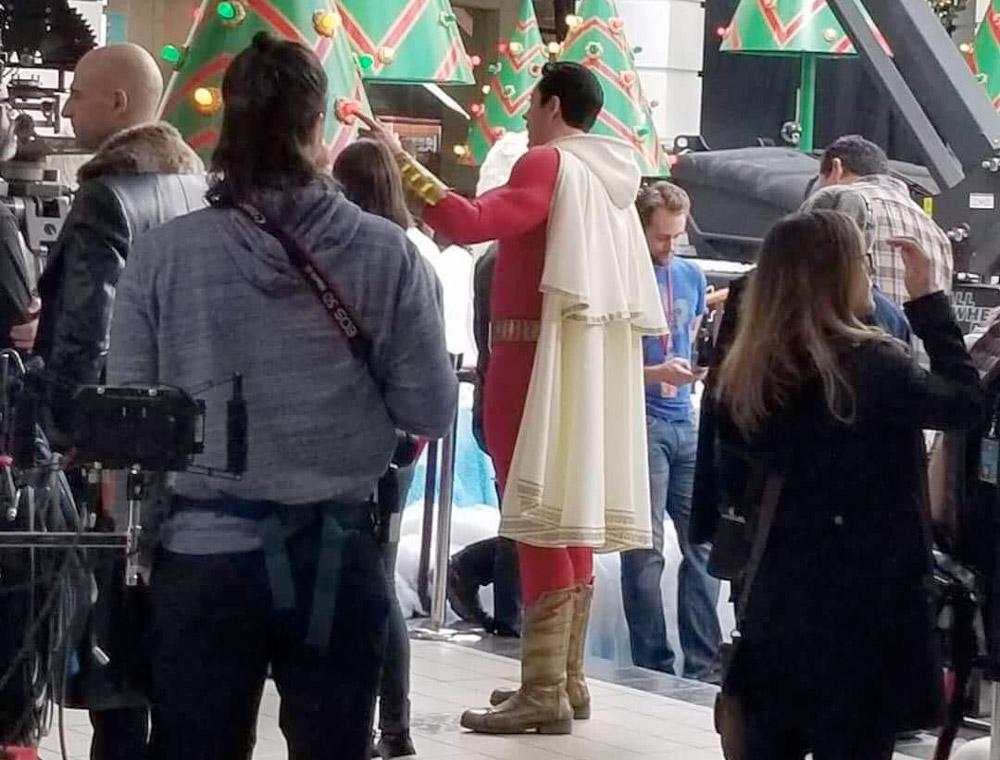 As spotted on the set of Shazam, here’s a first look at Zachary Levi in his getup as the titular superhero. It’s only a three-quarter view from behind, but already the photo revealed a marked difference between Shazam and the rest of the DCEU’s washed-out superhero universe. In contrast to the desaturated colors and grippy texture of Superman’s new movie duds, this looks bright, vivid, and smooth to the touch—in other words, a lot like Shazam’s modern costume from the comics, from his troublesomely white hood down to his golden booties. It’s a look befitting the lighthearted Big-meets-Superman ton the film is supposedly trying to hit (the hero is a 12-year-old boy granted the power to become a super-powered man). But he sure will look like a turd standing next to the rest of those dour Justice Leaguers, huh?