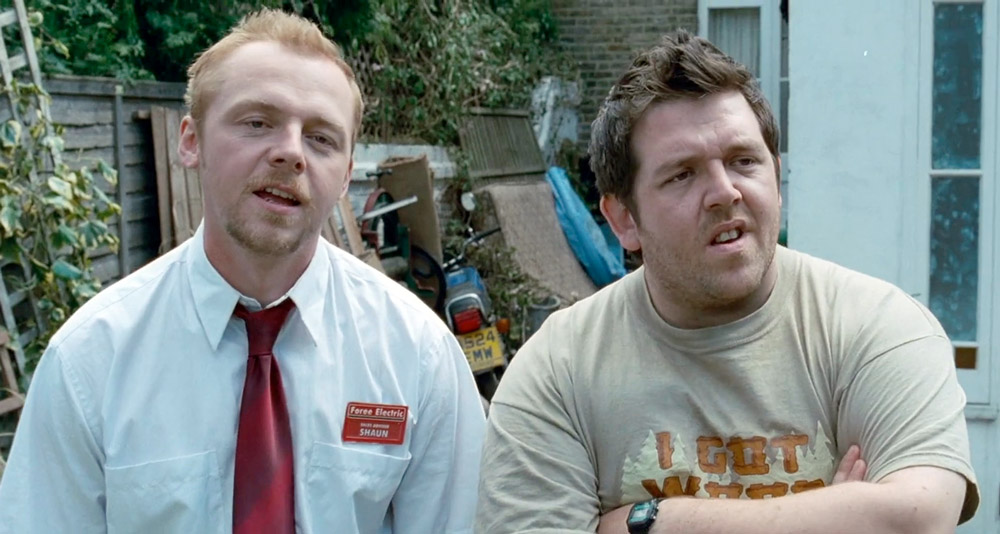 Now almost 14 years since starring in modern-day classic Shaun of the Dead, Simon Pegg and Nick Frost are getting back into horror-comedy. According to Variety, the duo are making their own Ghostbusters of a television series under their Stolen Picture production banner.

The series is called Truth Seekers, and according to Pegg, “Each episode is going to be an adventure, a potential haunting or something. It’ll start as a very parochial idea, a very small business venture for these people, but it will expand as the series goes on to be something far more global.”

As if that wasn’t enough to get the dork mind swimming, the duo have already pushed again into horror-comedy with the feature film Slaughterhouse Rulez. Currently in post-production, Pegg says the film is “very satirical, very much about the U.K. selling itself off,” with a demon rising from the Earth thanks to fracking. Pegg and Frost also apparently have “a film about a fading double act who haven’t spoken for decades but reunite one last time” in the works. So yes, less globally-acknowledged UK duo Mitchell and Webb* should feel rightly annoyed considering Magicians.