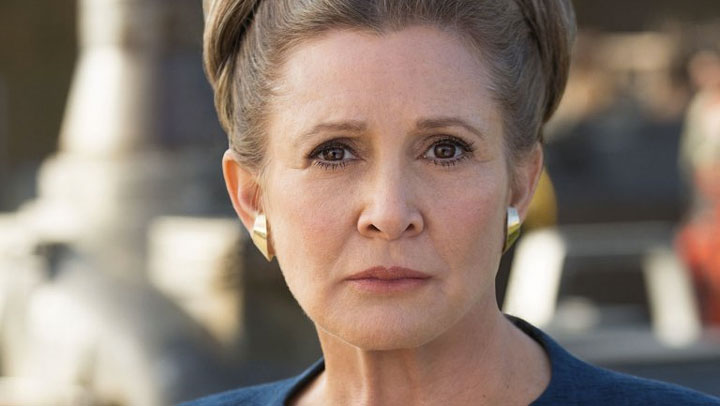 It happened with Harry Potter, Fast/Furious, and now Star Wars: they made so many that you’re not actually sure you could name them all. Also, an actor died while their character remained vital and alive, forcing the studio to sort out the ethics and logistics of what to do next. When Richard Harris passed away, Michael Gambon was brought in to take over the role of Dumbledore. After Paul Walker died, CGI and body doubles allowed for his character to get a proper send off, to be written out of further films. Now, with Carrie Fisher sadly gone, Disney has to decide what to do with Leia. And it better not be what was done with her for Rogue One, because that looked like when they put Kevin Spacey in Call of Duty.

According to THR, the issue is that Fisher still has some big scenes ahead of her–reunions with Luke and her son, Kylo Ren, among them. She also was meant to actually have an increased role going from Episode VII to VIII and through to IX. Should her parts be cut down? Should the character be killed off? Should we even be talking about this right now? Is that too fucked up already?

These questions and more are going to be sorted by a “braintrust.”Lucasfilm’s Kathleen Kennedy and Episode IX writer-director Colin Trevorrow are meeting next week, and it seems likely that Episode VIII writer-director Rian Johnson and maybe J.J. Abrams would be brought in as well. Though, given that IX isn’t meant to start shooting for another year, there’s still some time to sort this out. Which is good, because honestly, too soon, right? We definitely shouldn’t be talking about this yet.