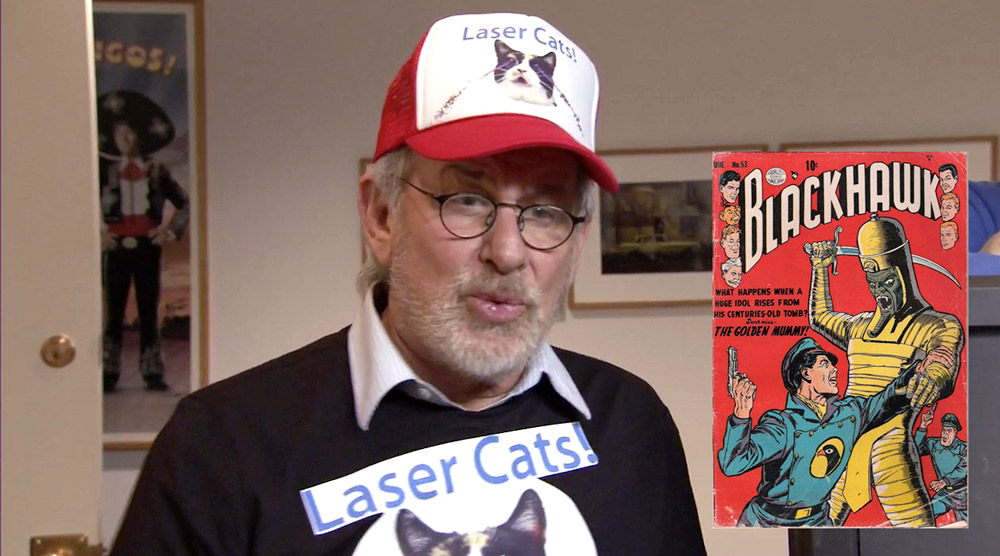 No doubt drawn in by Man of Steel, Batman v Superman, and Wonder Woman‘s aroma of tragically absent fathers, Steven Spielberg is making his own DC Comics film. According to THR, the director will produce and has his eye on directing an adaptation of the military comic Blackhawk. Frequent Spielberg collaborator David Koepp (Jurassic Park, War of the Worlds, Indiana Jones and the Kingdom of the Crystal Skull) is handling the script.

Combining Spielberg’s love of pulpy adventure and World War II, the comic series focused on the eponymous hero and his squadron of fellow ace pilots. Clad in matching uniforms, Blackhawk and his team—“The Blackhawks,” naturally—used their skills to fight the Nazis and other terrors. Like, sometimes a golden mummy or whatever. Though, given that this is a Spielberg-headed WWII project, assumedly the film will see Blackhawk fighting off an incessant, desperate Tom Hanks.