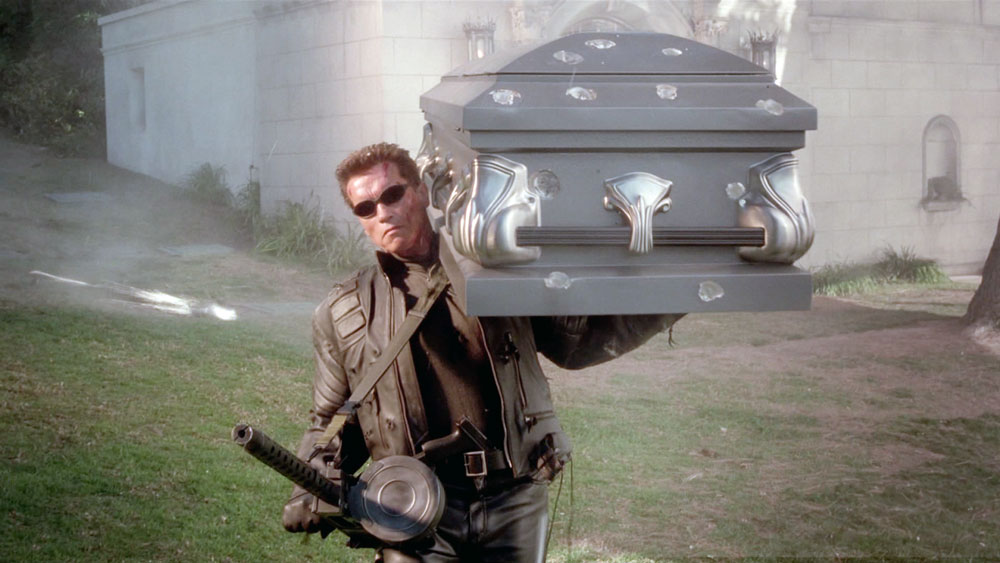 Painfully beholden to its own conceit of slicker-looking but varyingly-unsuccessful revisions, the Terminator franchise is once again being relaunched in a new direction.

Though Saturday brought news that plans for a Terminator Genisys sequel had been dropped, Paramount’s Skydance Media head David Ellison now says that there’s still “an incredibly bright future” for the series. He didn’t get into specifics, but talking to Collider, he suggested that there will soon be an announcement for how Terminator will take yet another course on its increasingly-convoluted timeline.

“I think where it’s going will be the continuation of what the fans really wanted since T2,” Ellison said. “We have something this year that we will be announcing for the franchise. It’s something we’re incredibly excited about and we think is the direction it needs to head.”

So… they’re going to make a Terminator that’s a dog, right?