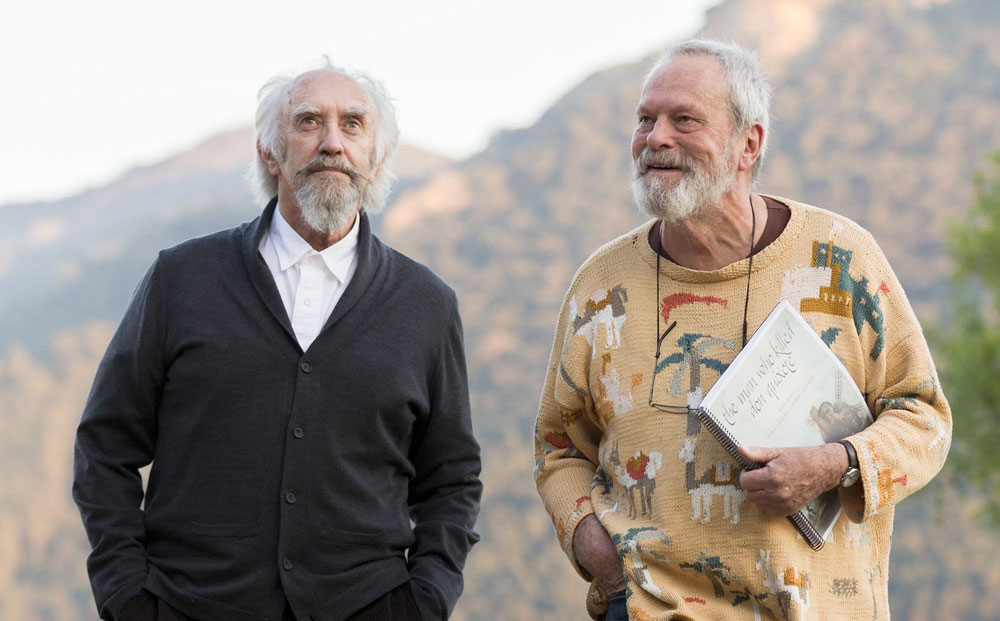 Just a decade-and-a-half or so since he started production, Terry Gilliam has reportedly wrapped shooting on The Man Who Killed Don Quixote, if you can believe that.

“After 17 years, we have completed the shoot of THE MAN WHO KILLED DON QUIXOTE,” Gilliam wrote on Facebook Sunday morning, marking—let’s effing hope—the end of a long, long, perpetually-damned saga for Gilliam.

The director has been trying to shoot his skewed take on Cervantes’ Don Quixote since 2000, when an adaptation starring Johnny Depp and Jean Rochefort famously fell apart after several literal disasters—resulting in a documentary chronicling its failure, Lost in La Mancha. Since then, Ewan McGregor and Robert Duvall, Jack O’Connell and John Hurt, and Adam Driver and Michael Palin have, in their respective pairings, all been lined up to play the leads in the film, only for each iteration to yet again end in ruin. In case you’ve lost track, the version that will now supposedly hit screens will star Driver alongside Game of Thrones and Brazil‘s Jonathan Pryce. Though there’s still time for Gilliam to explode and his incinerated body to consume the fully shot film, right?

Tellingly, The Man Who Killed Don Quixote does not yet have a release date.