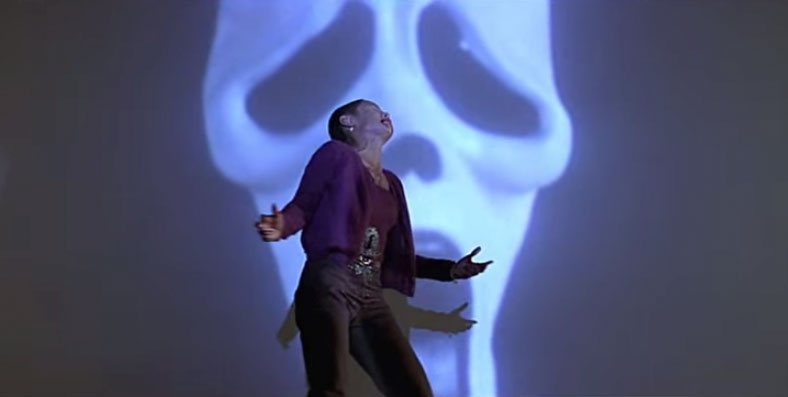 When most of feel a kick on the back of our movie theater seat, we try to ignore it. We convince ourselves that whoever’s behind us must just be getting situated; this will surely stop once the movie begins. But then the movie starts, and still the kicking persists. So we decide we’ll give it a few minutes more, the entire time being almost imperceptibly yet noticeably jostled. Perhaps we can ignore it, we fool ourselves, and we continue to stare at the screen, sometimes imagining that our nightmare has finally ended, only to be jolted back to reality with another bump of a stranger’s toe. We decide to do something. After this scene. Well… okay, after this scene. We give a stern glance backward. But it was so dark, we couldn’t even see our assailant. Did they see us? If they did, they didn’t care. The pendulum in our back continues to count down the film’s runtime, second by second, nudge by damnable nudge. But at this point, it’s gone on long enough that it seems petty to even complain. Surely the movie is almost ending. So we decide to just sit through it. And what ends up being a full hour later, it’s finally over. As the lights rise, we linger in our seats, not wanting risk staring our unknown assailant in the eyes after we were so complicit in our torture. We look back upon the story we just shelled out $14 to see, and we realize that the only story we actually paid attention to was the one of our own cowardice, a tale of a rhythmic thumping incessantly beating like our own craven heart.

But on Saturday, a woman in California handled the situation a little differently. She stabbed a dude!

According to the Whittier Daily News (via), the incident happened in an AMC cinema in La Mirada, CA. As described by a sheriff’s sergeant, Larry Rojo, 29, and Bryanna Hilden-Pena, 24, accused the couple behind them of kicking their seats. A brief argument ensued, which ended when Hilden-Pena pulled out a knife and slashed the male seat-kicker in the arm.

The man so callous as to disregard the comfort of the person in front of him was treated at the scene for his injury. Heroes Rojo and Hilden-Pena fled the scene but were pulled over and arrested shortly after. Both have court dates set for today. It’s unclear whether they will ever find out how Boss Baby ended.