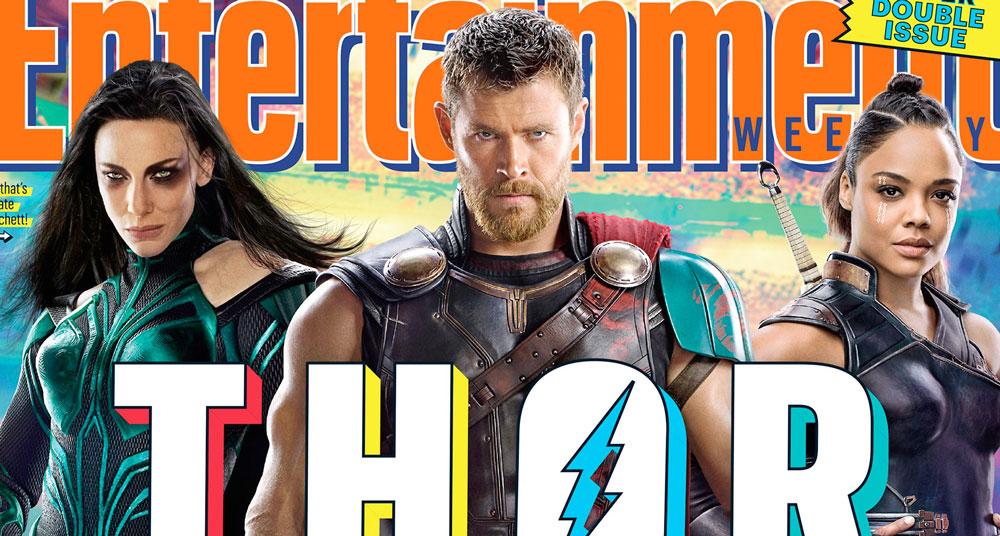 The Thunder God of Asgard is back, now without Mjolnir but with a fresh trim from Supercuts, in Thor: Ragnarok. Out November 3, the sequel sees our new bro-Thor stranded without his hammer accessory on a distant planet, where he’s forced into combat against powerful alien beings—as well as his old friend, the Hulk.

From Entertainment Weekly, here’s a first look at some of the main cast. Left to right, we’ve got Cate Blanchett as the villain, Hela, the death metal version of the new Rita Repulsa; Chris Hemsworth reluctantly showing his mom’s friends how handsome he looks with his new haircut; and Creed‘s Tessa Thompson as Thor’s ally, Valkyrie, who has some stickers on her face. Check out the full cover below. 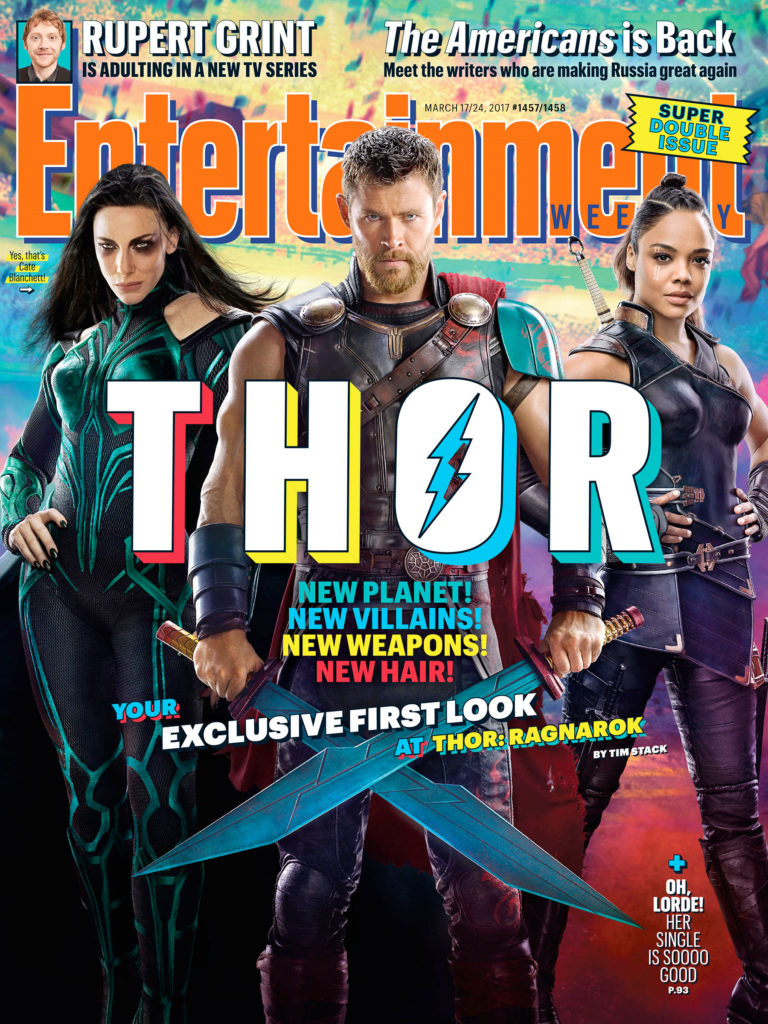